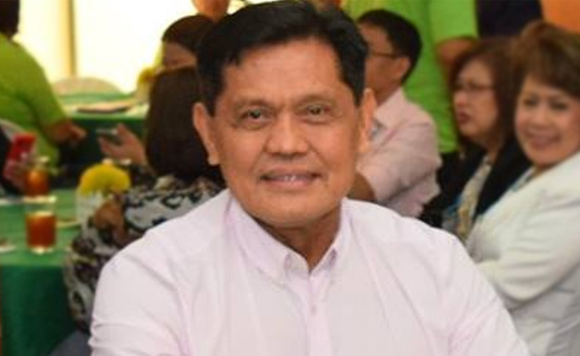 The Court of Appeals (CA) has upheld the suspension order Ombudsman Samuel Martires issued against Development Bank of the Philippines (DBM) board member Teodoro Jumamil, the fellow San Beda law school alumni President Rodrigo Duterte criticized for having a post at the Bureau of Customs (BOC).

“Upon a perspicacious examination of the records, and based on the applicable laws and jurisprudence, We discern no grave abuse of discretion on the part of the respondent Ombudsman in ordering the preventive suspension of petitioner,” the CA’s Sept. 22 decision read.

The appelate court junked the petition of Jumamil who sought to overturn the June 26 order of Martires who issued six-month preventive suspension against the former BOC official as DBM board member.

Jumamil, who was appointed by Duterte to the DBM board, is facing investigation before the Ombudsman for charges of serious dishonesty, grave misconduct, conduct prejudicial to the best interest of the service, and violation of the Anti-Graft and Corrupt Practices Act.

The charges concerns his allegedly dispensing official functions during his time at the BOC even though he had no valid appointment.

Jumamil had been asked in 2018 by BOC Commissioner Rey Leonardo Guerrero to become his acting chief-of-staff and later in the same year recommended as deputy commissioner of the BOC’s Revenue and Collections Monitoring Group (RCMG).

“In the case at bench, petitioner miserably failed to prove that respondent Ombudsman acted with grave abuse of discretion in ordering his preventive suspension pending the investigation of his case,” the appelate court said.

In the same ruling, the CA also ordered Jumamil “to explain within five (5) days from receipt of this Decision why he failed to disclose in the Petition the material fact that he commenced serving his preventive suspension on 1 July 2020.”

“We have been blindsided by petitioner’s failure to disclose in his Petition that he had already commenced serving his preventive suspension even prior to the filing thereof,” the appelate court lamented.

“Stated otherwise, petitioner supplicated for a remedy, which had been rendered fait accompli, in utter disregard of his duties enshrined in the Code of Professional Responsibility,” it added.