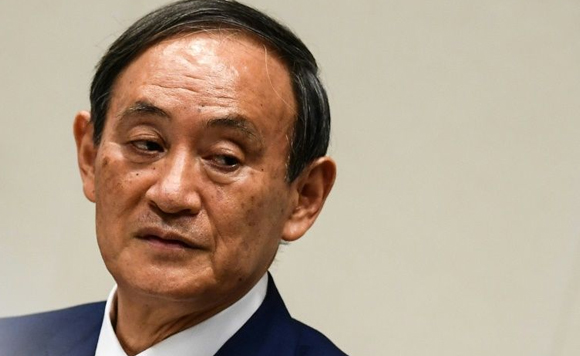 Yoshihide Suga, the man expected to become Japan’s next prime minister, is a farmer’s son with a reputation for inscrutability, who has become a key government adviser, spokesman and policy enforcer.

The 71-year-old easily won the ruling Liberal Democratic Party’s leadership race on Monday and is all but certain to win a parliamentary vote later this week and replace outgoing premier Shinzo Abe.

If he succeeds, the election will cap a career that has seen Suga serve in several key political roles, including most recently as chief cabinet secretary — an office that involves coordinating policy and bringing government agencies and the bureaucracy to heel.

He has also effectively been the face of Abe’s government, serving as its top spokesman and defending decisions in daily press conferences, including in sometimes testy exchanges with reporters.

While the chief cabinet secretary role has in the past been a stepping stone to the prime minister’s office, Suga had regularly said he was not interested in the top job.

But soon after Abe announced in late August that he would resign over health issues, Suga emerged as the leading choice to succeed him, with key LDP factions throwing their support behind him.

Suga has earned a reputation for wielding his power to control Japan’s sprawling and powerful bureaucracy and help push through government policies.

As a government spokesman, he has not often given much insight into his personal ideology, though he has championed initiatives including a special taxation scheme seen as important for revitalising rural areas.

Unlike many in the conservative LDP, Suga is not a political blue blood, and grew up the son of a strawberry farmer in rural Akita, in northern Japan.

He moved to Tokyo after high school and worked odd jobs to put himself through night college, before being elected to his first office in 1987, as a municipal assembly member in Yokohama outside Tokyo.

He made reference to his background in accepting the party’s nomination as leader, saying he “started from zero”.

“I, with this background, was able to become the leader of the Liberal Democratic Party with all its history and tradition,” he said.

“I will devote the whole of myself to Japan and the Japanese people.”

Suga won a lower house seat in 1996 and was a long-time backer of Abe, pushing him to stand for a second term despite his disastrous first run in office, which ended after just a year.

When Abe defied the odds and returned to power in 2012, he appointed Suga to the powerful chief cabinet secretary role, from which he is said to have helped push through several landmark Abe policies, including a loosening of restrictions on foreign workers.

Suga’s closeness to Abe meant he was seen as someone able to speak frankly to the prime minister. He notably advised him against a controversial 2013 visit to Tokyo’s Yasukuni shrine, which is viewed by neighbouring countries as a symbol of Japan’s past militarism.

While Abe ignored the advice, prompting regional anger and a rare US rebuke, he has not repeated the trip, even as members of his cabinet have visited.

Experts say Suga is pragmatic rather than ideological, and he is seen by lawmakers along the political spectrum within the LDP as a neutral figure.

But his rather anodyne image got something of a reboot last year with the declaration of a new imperial era to mark the ascension to the throne of Emperor Naruhito.

It was Suga who unveiled the much-awaited name for the era: Reiwa. And the image of him holding up the hand-drawn calligraphy for the name earned him the affectionate nickname “Uncle Reiwa”.

He has allowed only occasional glimpses into his personal life with his family far from the spotlight, but revealed in interviews that he bookends his day with 100 sit-ups in the morning and 100 in the evening, and has a weakness for pancakes. Agence France-Presse