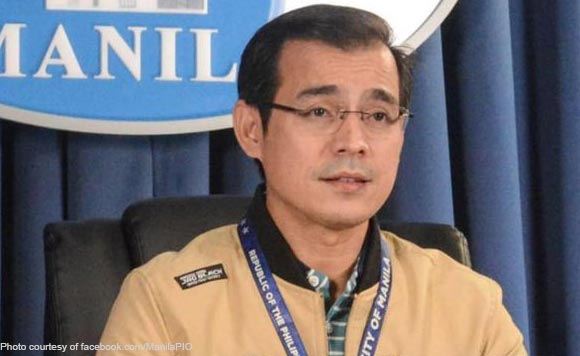 0 53
5
Want more POLITIKO News? Get the latest newsfeed here. We publish dozens and dozens of politics-only news stories every hour. Click here to get to know more about your politiko - from trivial to crucial. it's our commitment to tell their stories. We follow your favorite POLITIKO like they are rockstars. If you are the politiko, always remember, your side is always our story. Read more. Find out more. Get the latest news here before it spreads on social media. Follow and bookmark this link. https://goo.gl/SvY8Kr

MANILA – The city government of Manila has used mostly rehashed materials for the development of a park at the Baseco Beach.

Manila Mayor Francisco ‘Isko Moreno’ Domagoso made this comment during his weekly Capital Report on Friday, saying this is to provide “some dignity” for those residing in Baseco, which is a depressed area.

“Meron pong isang kalsada sa Baseco na ninanais ko na bigyan naman sila ng maaliwalas na pasyalan sa loob mismo ng Baseco. Iisipin nyo bang Baseco yan? Yan ay squatter area, sab nga ng iba kinatatakutan. Hindi dapat tayong katakutan kahit squatter tayo may dignidad naman sa pagiging squatter (There is a road in Baseco that I wanted to develop to give the residents, there a park right inside Baseco. People should not be afraid of us even if we live in a depressed area, we can also have dignity),” he said.

From a “filthy” area, Domagoso said the Baseco Park is slowly turning into a decent park.

He said these efforts are for the residents, most especially children and senior citizens, so that they do not need to go far if they need to take a casual walk outside their houses.

Domagoso said from Manila Zoo’s rehabilitation several months ago, he ordered the city engineering to collect the block or “tisa” used for the pavement or walkway.

These old “tisa” were cleaned and are now being carefully installed in Baseco Park.

Meanwhile, the city government also lighted the stretch of España Boulevard and Taft Avenue recently and replaced the old lamp posts with simple new ones.

Domagoso also had these old lamp posts from España and Taft Avenue cleaned, fixed, and installed them at the Baseco Park.

“We’re done lighting the Taft Avenue and the Espana Avenue as well, but I find it a waste of money if we will just throw away the old lamp posts, so I had them collected and placed in Baseco, but before installing it there, I asked the Manila City Engineering Office and the DPS and the city electricians to fix them, paint it with black while the gold part painted with gold, replace the broken parts with glass and put new wires,” Domagoso said. (PNA)