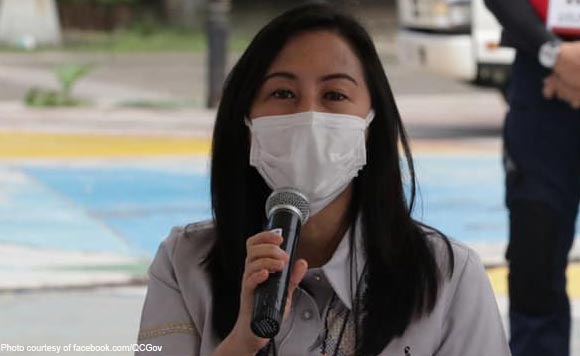 0 33
Share
Want more POLITIKO News? Get the latest newsfeed here. We publish dozens and dozens of politics-only news stories every hour. Click here to get to know more about your politiko - from trivial to crucial. it's our commitment to tell their stories. We follow your favorite POLITIKO like they are rockstars. If you are the politiko, always remember, your side is always our story. Read more. Find out more. Get the latest news here before it spreads on social media. Follow and bookmark this link. https://goo.gl/SvY8Kr

A former barangay official of Quezon City will be facing charges for breaching quarantine protocols, which forced the Quezon City government to enforce a total lockdown on a street where he resides.

Mayor Joy Belmonte said the 31 Zamboanga St. has been placed on total lockdown after a former barangay councilman, whom she did not identify, tested positive for the virus.

Based on a report, Belmonte said the former councilman and other members of his family underwent swab testing after his son was tested positive for coronavirus disease 2019 (COVID-19), after a drinking session with another positive individual.

“The family has been ordered to undergo quarantine while waiting for the result of their swab tests, but he failed to comply,” the lady Mayor said.

“After our contact tracing, we determined that 15 individuals who had close contact with him need to undergo swab testing,” said Dr. Cruz.

Cruz also recommended that the street be placed on total lockdown so the CESU can closely monitor the condition of the 26 families living in the area.

The city government is preparing to file charges against the former barangay official and his son, per Ordinance No. SP-2958 S-2020, which prohibits breaching of quarantine protocols.