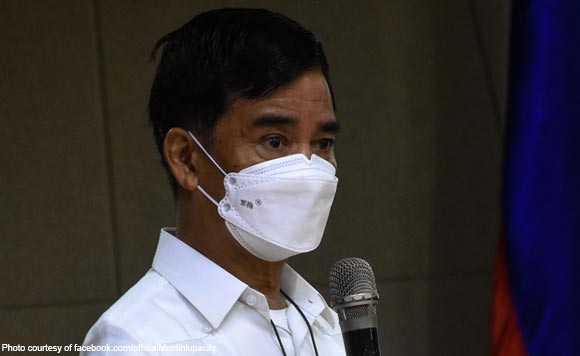 Transportation secretary Arthur Tugade is set to donate an ambulance to Muntinlupa to be used for COVID-19 response efforts after being assigned in the city as an overseer by the Inter-Agency Task Force for the Management of Emerging Infectious Diseases.

Tugade said he will personally donate one ambulance to the City Health Office, in addition to five ambulances to be turned over by the Department of Health, during an online meeting with Mayor Jaime Fresnedi and other Muntinlupa execs last August 18.

Muntinlupa LGU officials have updated Sec. Tugade on local initiatives for testing, tracing, and treatment such as the construction of the city’s molecular laboratory, testing efforts, construction of additional isolation facilities, and contact tracing.

The local government of Muntinlupa has partnered with the Department of Public Works and Highways for the construction of an additional isolation facility in Pacwood Site, Brgy. Tunasan with 128-bed capacity.

For contact tracing, Muntinlupa has mobilized 17 teams consisting of 2-3 health workers per team to contact trace 15-17 contacts per confirmed case.