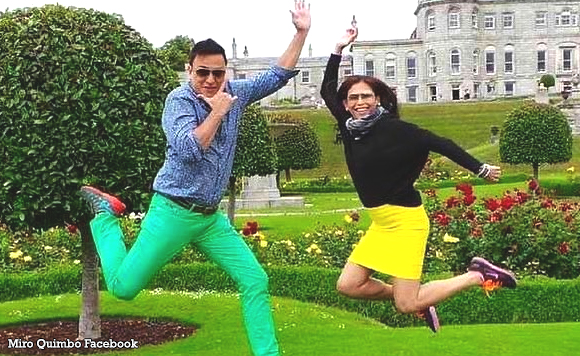 This tale is guaranteed to make you feel kilig!

Former Marikina Rep. Miro Quimbo got extra cheesy after he had to isolate himself from his family as he caught COVID-19. Distance does make the heart grow fonder, especially when he marked his wedding anniversary with his wife Rep. Stella Quimbo in isolation.

He took his romantic greeting for all of Facebook to see, where he traced how they met back in college as campus politikos. The two met by accident after Miro was assigned at the last minute to coach candidates campaigning for the School of Economics Council, which included Stella.

It wasn’t the perfect timing as she had a boyfriend then. However, fate really wanted them to be together.

“I’d see her again a year later when I ran for the UP Student Council Chairmanship. Wala na syang boyfren nun! This time, it was her turn to campaign and help out in my run. She was there to comfort me,” Miro said, even joking that she hooked him in at a vulnerable moment.

“I lost the elections but I won the most priceless person in this world… Congratulations at nakuha mo ako, ah este, umabot tayo sa ganitong yugto ng ating buhay,” the politiko added, promising a date once he’s cleared from quarantine.