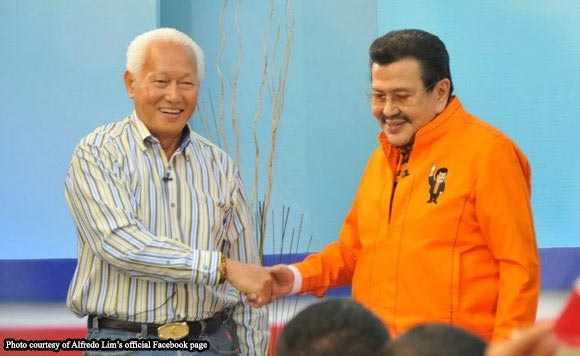 Dela Cruz bade farewell to Lim but did not spill additional details about his grandfather’s passing.

Dela Cruz also thanked everyone who had shown concern and offered prayers for Lim.

In a statement, former Manila Mayor Joseph Estrada said he was saddened by the passing of Lim, his previous rival in mayoral races in the city.

In a separate statement, Malacañang extended its condolences to the family, loved ones, friends and supporters of Lim.

Presidential Spokesperson Harry Roque said Lim would be remembered for his tough stance against criminality and drugs.

“He (Lim) left a legacy of law and order to his constituents,” Roque said. “We pray for the repose of his soul as we keep the family of Mayor Lim in our thoughts and prayers during this time of great loss.”

A local news outlet initially reported that Lim passed away on Friday due to Covid-19.

Before entering politics, Lim was a police officer.

Lim was also a former chief of the National Bureau of Investigation. (with reports from Joyce Ann L. Rocamora/PNA)