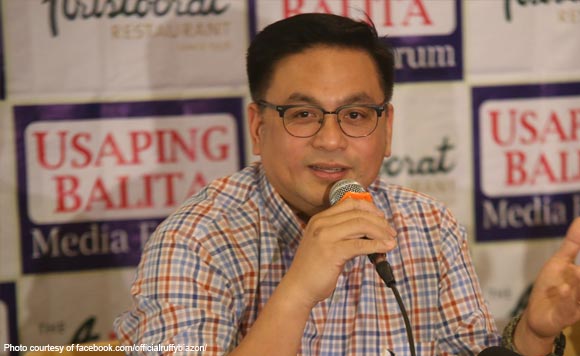 0 69
Share
Want more POLITIKO News? Get the latest newsfeed here. We publish dozens and dozens of politics-only news stories every hour. Click here to get to know more about your politiko - from trivial to crucial. it's our commitment to tell their stories. We follow your favorite POLITIKO like they are rockstars. If you are the politiko, always remember, your side is always our story. Read more. Find out more. Get the latest news here before it spreads on social media. Follow and bookmark this link. https://goo.gl/SvY8Kr

The Anti-Terrorism Act of 2020 (Republic Act No. 11479) does not provide for the regulation of social media, Muntinlupa City Rep. Ruffy Biazon said Tuesday, August 4.

Biazon issued the statement after newly installed Armed Forces Chief of Staff General Gilbert Gapay pushed for the inclusion of social media in the scope of RA 11479.

In a statement, Biazon said the idea of regulating social media was not considered when the law was being deliberated in Congress.

“To insert it into the Implementing Rules and Regulations would be a contradiction to the intention of the framers of the law who had already purposely left it out, as well as a circumvention of the rule that the IRR should not go beyond what is provided by the letter of the law. The members of the committee formulating the IRR should be mindful of this matter and be guided accordingly,” he said.

Biazon said there is already a provision in RA 11479 allowing the surveillance of terrorism suspects through social media, as well as the interception and recording of their communications.

“There is no need for a power to regulate social media, which would mean that all users of social media, a majority of which are not terrorist suspects, would be vulnerable to breaches of privacy or restraint on freedom of expression,” he said.