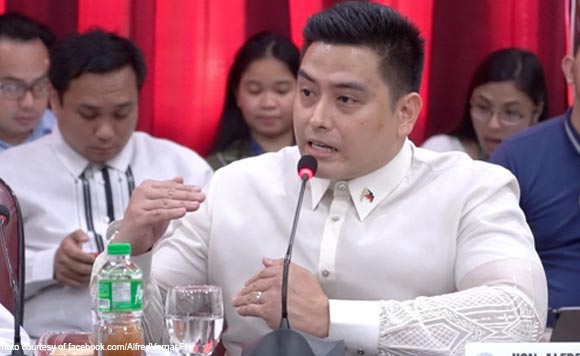 He called the new policy “not only inconsiderate but immoral.”

A day before MECQ took effect Tuesday, Vargas said he received reports that some banks in Metro Manila imposed a P5,000 cap on ATM withdrawals.

“This caused great inconvenience to customers, who had to find other ATMs to withdraw money from. Several people also had to pay inter-bank charges for withdrawals from other banks’ ATMs,” he said.

“This limit by banks is not only inconsiderate, but immoral. They should be working harder to make banking convenient for their customers amid the Covid-19 pandemic,” Vargas said.

“I call on banks to keep their ATM withdrawal limit to the maximum allowable amount. With the current suspension of public transportation, people need to have enough cash on hand to cover their expenses for the next two weeks,” he said.

“I also ask banks to waive interbank ATM transaction fees, which can be as high as P15. Every peso saved by customers from bank charges will go a long way in maximizing their budgets,” Vargas said.