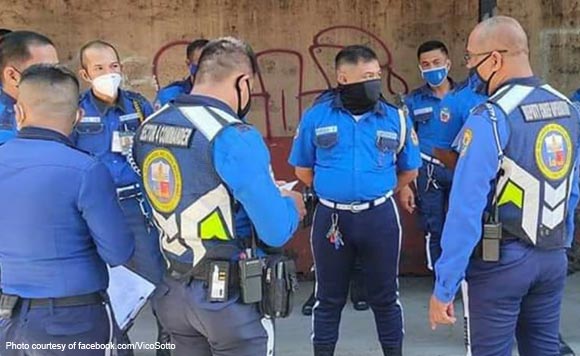 0 45
Share
Want more POLITIKO News? Get the latest newsfeed here. We publish dozens and dozens of politics-only news stories every hour. Click here to get to know more about your politiko - from trivial to crucial. it's our commitment to tell their stories. We follow your favorite POLITIKO like they are rockstars. If you are the politiko, always remember, your side is always our story. Read more. Find out more. Get the latest news here before it spreads on social media. Follow and bookmark this link. https://goo.gl/SvY8Kr

MANILA – Twelve Pasig City enforcers were issued violation tickets after they were caught breaking traffic rules and regulations in the city.

In a Facebook post on Tuesday, Pasig Mayor Vico Sotto said enforcers were issued traffic violation tickets and had their vehicles impounded during a surprise inspection by the Pasig’s Traffic and Parking Management Office (TPMO).

Sotto said the city government will not tolerate impunity among public servants under his watch.

“Hindi tayo papayag na may impunity sa ating mga ranggo. Kung nakagawian dati na exempted ang mga naka uniporme sa batas trapiko, babaguhin natin yan ngayon (We will not tolerate impunity within our ranks. If those men in uniform used to be exempted from traffic laws, we will change it now),” he said, citing the other 30 traffic enforcers accused of extortion were removed from their positions.

Sotto said there has been huge progress in strengthening the accountability of the Pasig City government to its people.

Sotto reiterated that his administration will sustain unpoliticized and principled public service to his constituents.