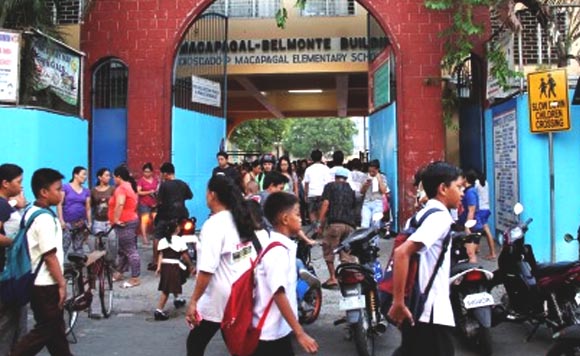 0 65
Share
Want more POLITIKO News? Get the latest newsfeed here. We publish dozens and dozens of politics-only news stories every hour. Click here to get to know more about your politiko - from trivial to crucial. it's our commitment to tell their stories. We follow your favorite POLITIKO like they are rockstars. If you are the politiko, always remember, your side is always our story. Read more. Find out more. Get the latest news here before it spreads on social media. Follow and bookmark this link. https://goo.gl/SvY8Kr

With the Department of Education (DepEd) reporting dismal enrollment figures for the upcoming school year, the House minority bloc on July 1 called on the agency to ensure the smooth implementation of alternative modes of learning for students before classes open in August.

House Minority Leader Bienvenido “Benny” Abante Jr. acknowledged that “the fears of parents nationwide are understandable” and that “until there is a vaccine, no parent will be comfortable sending their children out to schools.”

“DepEd says they will be able to continue with classes via alternative modes, like distance education and online learning. But the infrastructure and equipment challenges are considerable, and we still have to consider the training our teachers will require under this new set up,” he said.

Abante suggested that the DepEd first ensure that it is ready to open classes before doing so, and that the agency “possibly pilot-test these new systems in select areas so what whatever problems that are identified can be addressed before we scale up to the full roll-out of the system.”

DepEd reported that only 15.9 million students have been enrolled for K-12 public and private schools, 12 million pupils short of DepEd’s 28 million target. As a consequence, enrollment has been extended to July 15.

Castro explained that adaptive temporary non-formal education involves adapting education curricula to the environment and circumstances of the student, such as learning programs revolving around agriculture in countryside areas instead of a more formal, structured curriculum.