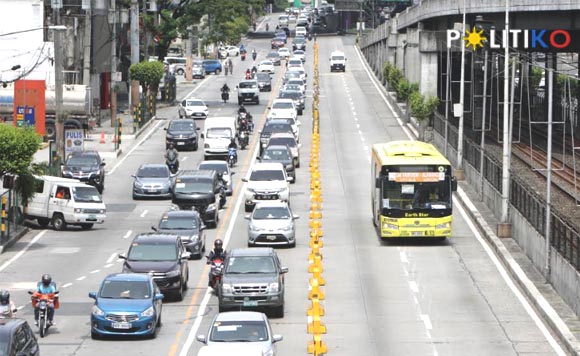 Manila Rep. Manny Lopez led a handful of lawmakers on June 30 in inspecting the new bus lanes put up by transportation authorities.

Lopez, chair of the House Committee on Metro Manila Development said he expects the commuters’ woes to be lessened with the opening of the bus lanes.

Once fully operational, the scheme envisions all buses traversing EDSA to go in a continuous circular route occupying the innermost lane, having stops in the center island with passenger access via existing and to be constructed pedestrian bridges.

Lopez said it is important to get as many modes of public transportation operational in Metro Manila since it accounts for more than 60 percent of the country’s gross domestic product.

“Hence, if we intend to get the national economy on track, it is first imperative that we get the economy of Metro Manila going and a big part of this is getting our workers to work and safely bringing them home to their families in a reasonable amount of time,” he said.

However, Lopez believes that we can have an effective public transport system that is also safe and conforms to health standards.

“We may also have to be flexible in our plans. Modern jeepneys, though maybe due, is simply insufficient to service specially or secondary and tertiary feeder roads. Let us get our traditional jeepneys back on the roads with guidelines that make them safe for use adhering to the health guidelines for this pandemic,” he said.