Biazon congratulates security forces for passage of terror law but… 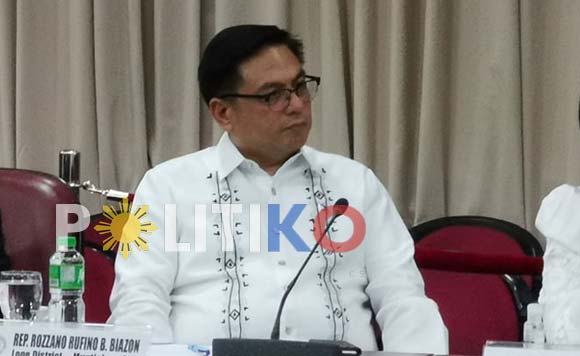 Muntinlupa Rep. Ruffy Biazon congratulated “state security forces,” including the police and the military, for the passage into law of the Anti-Terrorism Act, but reminded them of the need to protect human rights.

The vice chair of the House national defense and security committee was a former principal author of the House version of the bill but withdrew his authorship and voted no to the bill last month.

“As one of those who have been working closely with the anti-terrorism proponents, I congratulate our state security forces for achieving what they asked Congress for— a stronger and more potent law against terrorists,” Biazon said.

“I would just like to remind them that their vigilance in employing the law should include ensuring that it is used only against terrorists, and with the highest regard for civil and political rights of law abiding citizens,” Biazon said.

Malacañang announced on Friday that Duterte has signed the anti-terror bill despite months of protest from activist groups.