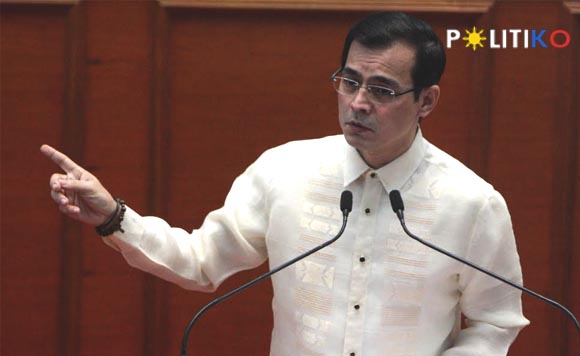 Manila Mayor Francisco “Isko Moreno” Domagoso has touted the efforts done by the city government to improve the economy and boost infrastructure during his first year in office, as he cited measures undertaken to mitigate the effects of the pandemic.

During his second State of the City Address on Thursday, Domagoso said that despite Covid-19, “the state of the city is strong and it’s future secure”. “Every generation is faced with a crisis that tests their mettle and probes the strength of their character. The Covid-19 pandemic is not only the battle of Manila but also the battle of our generation,” he said.

Domagoso said Manila managed to raise revenues despite the pandemic.

As promised during the campaign period, Domagoso also provided tax amnesty to those unable to pay their taxes.

His administration, he said, also earned the trust and respect of creditors as well as business owners.

He said more businesses have started operating in the nation’s capital during the first year of his administration, which he attributes to innovations that they have implemented to pave way for the ease of doing business, easier process for acquiring permits, and online payment of taxes, certificates, and assessment fees.

Data from the Manila Bureau of Permits showed that 8,665 new businesses have registered while 51,022 businesses renewed their permits.

Under Domagoso’s leadership, the city’s revenue collection grew by PHP693 million compared to that of the previous administration from July 2018 to May 2019.

Data from the city treasurer’s office showed they have collected a total of PHP12.441 billion.

The new mobile application “Go! Manila” made it possible for its constituents to transact with the local government at the convenience of their own homes or offices, which also helped in minimizing the spread of the Covid-19.

Domagoso said he plans to continue with the infrastructure projects in the city, some of which have already commenced like the construction of the new and modern Ospital ng Maynila, vertical housing programs “Tondominium” and “Binondominium”, and the “new” Manila Zoo, which he said, “will compete with that of Singapore”.

“In a few days, we will groundbreak the new Muslim Cemetery in Manila,” he added.

“My desire to bring back the glory of Manila is translated into the physical development projects that we are now implementing. Tinawag natin itong #BuildBuildManila,” he said.

Rehabilitation of heritage sites and the construction of more green spaces are also in place.

Among these are the Jones Bridge, the Kartilya ng Katipunan, and the Mehan Garden.

“Our physical development plans also aim to increase our green spaces and preserving our heritage and culture,” he said.

As of July 2, Domagoso said the Manila Police District (MPD) has arrested around 898 wanted persons, wherein 173 were included in the list of most wanted persons in the city, and “25 of them were arrested during lockdown”.

This, as he warned criminals anew that he will have them hunted down wherever they are.

Domagoso said MPD has confiscated more than PHP96 million worth of shabu, about PHP2.9 million worth of marijuana, PHP13,204.80 worth of ecstasy, PHP3,922 worth of cocaine, and P277,529 worth of illegal gambling equipment.

Domagoso assured Manilenyos that his administration will continue with its efforts in fighting and mitigating the effects of Covid-19 while addressing other pressing issues in the city.

He also vowed to continue to create more programs to improve the economy and provide opportunities as the city affronts and lives with the “new normal”. (PNA)