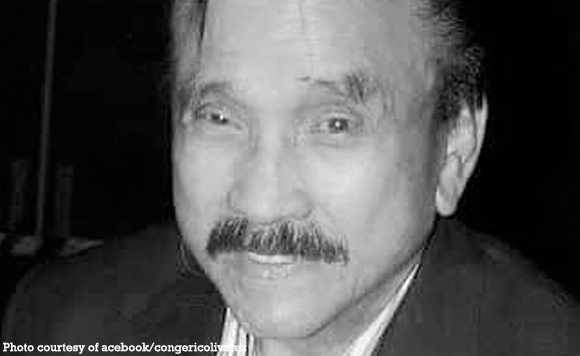 0 14
Share
Want more POLITIKO News? Get the latest newsfeed here. We publish dozens and dozens of politics-only news stories every hour. Click here to get to know more about your politiko - from trivial to crucial. it's our commitment to tell their stories. We follow your favorite POLITIKO like they are rockstars. If you are the politiko, always remember, your side is always our story. Read more. Find out more. Get the latest news here before it spreads on social media. Follow and bookmark this link. https://goo.gl/SvY8Kr

This law may be quite self-serving, but it’s a gamechanger for broken families.

Parañaque Congressman Eric Olivarez had high respect for the late Senator Ramon Revilla Sr., who passed away at 93 just last June 26. More than being an action star and politiko, he is also known for fathering some 80 children throughout his life.

Olivarez, however, remembered the politiko for one ultimate legacy.

“Despite having a number of detractors, Senator Ramon Revilla Sr. was able to mark his tenure in the senate as the author of some important bills. But the one he spearheaded that raised his popularity was the bill casually called the ‘Revilla Bill,'” he said, giving his followers a crash course on the policy.

The law amends the Family Code of the Philippines to allow illegitimate children to use the surname of their father even out of wedlock, provided that the kid is acknowledged by the dad as his. “‘The child should not suffer the stigma of his illegitimacy,’ the Revilla Sr. was once quoted as saying,” Olivarez recounted.