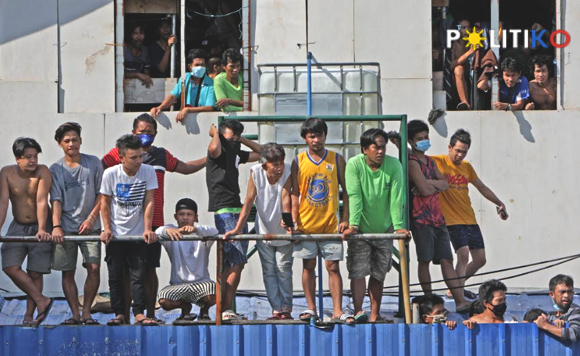 A lawmaker is pushing for the creation of a national unemployment insurance program to protect workers even during a period of massive unemployment caused by a general economic downturn.

By the end of April, she said, 12.97 million workers continued to receive salaries but were not at work due to forced business closures during the lockdown.

Many of these workers, Quimbo warned, are also at risk of job loss owing to liquidity constraints faced by their employers.

“The biggest loser in this pandemic is the Filipino worker. Unemployment rate, at 17.7 percent, is at an all-time high since 1956 when the government first conducted the nationwide Labor Force Survey,” she said.

Quimbo described the current system of providing unemployment assistance as fragmented, non-inclusive, and limited, noting that it is unable to efficiently offer a sufficient scale of social protection for workers, especially during exogenous economic shocks.

Additional benefits in the form of training, training allowances, and job counseling for the unemployed shall also be provided.

The bill proposes the creation of a Philippine Job Insurance Corp. (PhilJob), tasked to administer and implement the National Unemployment Insurance Program and designed to be administratively lean and efficient.

It seeks to designate the Social Security System (SSS) as the interim program manager for a maximum of the first five years of the program’s existence.

Quimbo said with a monthly contribution of about PHP40 by a worker earning PHP500 per day, the proposed program provides for unemployment insurance payments amounting to 80 percent of the worker’s basic pay before involuntary separation from work.

This, she said, is intended to ensure that lost income is temporarily and partially restored so that the expenditures of a family are not drastically reduced when the household head loses his or her job and financial support is provided for job search.

Quimbo said the limited and temporary unemployment benefits are only for those who were involuntarily separated to prevent abuse by those who would intend to deliberately lose their jobs for the sake of this benefit.

Safeguards include requirements as to when a worker becomes eligible, such that he or she has made at least six monthly contributions in the 12 months before separation from work.

The proposed program also provides for job counseling, job matching, and training, including training allowance, to ensure that the unemployed is matched with a new employer immediately.

The bill also provides for an initial endowment fund amounting to P30 billion, which will fully subsidize premium contributions for workers and employers in the first year of program operations, as a form of economic stimulus.

“Because the government, the workers, and the employers will equally pay the premium, the bill would not overburden our Treasury, hence our taxpayers. It is designed to be a self-sustaining program with exponential benefits,” Quimbo said. (PNA)