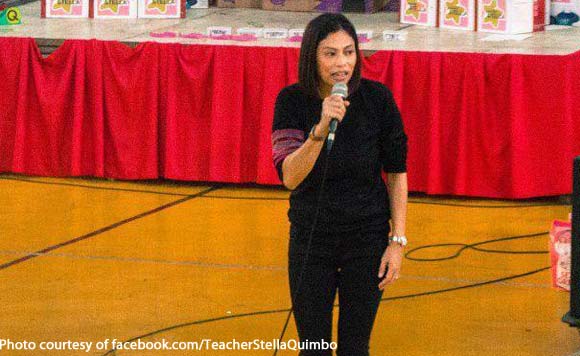 Marikina Rep. Stella Quimbo has filed a bill creating a National Unemployment Insurance Program that will provide three months of unemployment benefits to workers who lost their jobs.

“The biggest loser in this pandemic is the Filipino worker. Unemployment rate, at 17.7 percent, is at an all-time high since 1956 when the government first conducted the nationwide Labor Force Survey,” she said.

“The only other time we had double digit unemployment rates was in the early 2000s, after the Asian financial crisis. From January to April 2020, 4.864 million Filipinos lost their jobs,” Quimbo said.

“More alarming, however, is the fact that as of the end of April, around 12.97 million workers continued to receive salaries from their employers despite the fact that they did not report for work, meaning, their employers continued to pay their salaries while said businesses were closed. Maaaring dumami ang unemployed mula sa hanay na ito,” the University of the Philippines economics professor said.

The key features of Quimbo’s bill include:

– Voluntary participation by the self-employed and workers in the informal sector, through incentives;

– Shared premium contributions among the government, employer, and employee;

– Basic unemployment insurance benefits limited to at most 3 monthly payments;

– Additional benefits in the form of training, training allowances, and job counselling for the unemployed;

– The creation of a Philippine Job Insurance Corporation (“PhilJob”), tasked to administer and implement the National Unemployment Insurance Program and designed to be administratively lean and efficient;

– The designation of SSS as the interim Program Manager for a maximum of the first 5 years of the program existence;

According to Quimbo, “with a monthly contribution of about 40 pesos by a worker earning 500 pesos per day, the proposed program provides for unemployment insurance payments amounting to 80 percent of the worker’s basic pay prior to involuntary separation from work.”

“This is intended to ensure that lost income is temporarily and partially restored so that expenditures of a family are not drastically reduced when the household head loses his or her job and financial support is provided for job search,” she said.

“The limited and temporary unemployment benefits are only for those who were involuntarily separated. This will prevent abuse by those who would intend to deliberately lose their jobs for the sake of this benefit,” she added.

“Safeguards include requirements as to when a worker becomes eligible such that he or she has made at least 6 monthly contributions in the 12-month period prior to separation from work,” Quimbo said.