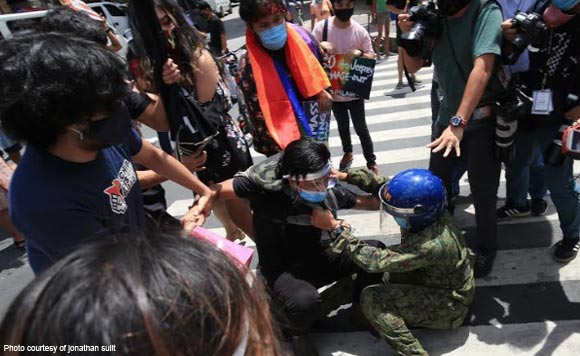 At least 20 people were arrested by the police during the Pride March held in Mendiola, Manila Friday (June 26).

Ten members of the LGBTQ+ group Bahaghari, eight members of militant groups and two drivers have been detained at the Manila Police District. However, no formal charges have been filed against them.

According to the LGBTQ+ group Manila Pride, the protesters were observing physical distancing but they were forcibly arrested by the police after trying to disperse them.

Mass gatherings of more than 10 people are banned under the GCQ status.