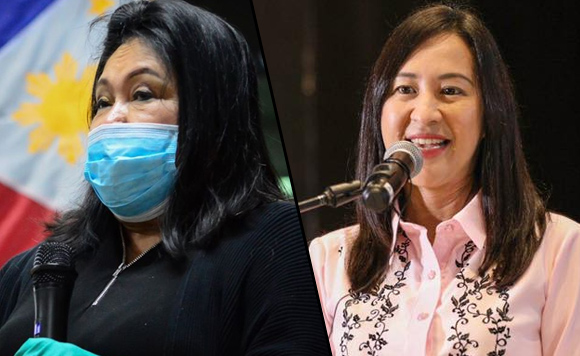 0 73
Share
Want more POLITIKO News? Get the latest newsfeed here. We publish dozens and dozens of politics-only news stories every hour. Click here to get to know more about your politiko - from trivial to crucial. it's our commitment to tell their stories. We follow your favorite POLITIKO like they are rockstars. If you are the politiko, always remember, your side is always our story. Read more. Find out more. Get the latest news here before it spreads on social media. Follow and bookmark this link. https://goo.gl/SvY8Kr

Based on the survey conducted by RLR Research and Analysis Inc., less than half of Quezon City and Las Piñas residents were satisfied by Belmonte and Aguilar’s handling of the COVID-19 pandemic.

Belmonte’s satisfaction rating was 47 percent while Aguilar’s was 46 percent.

Fifth on the list was Mandaluyong Mayor Menchie Abalos, with a satisfaction rating of 90 percent.

The survey was conducted from May 14 until June 2. The results were based on satisfaction rating indicated by residents in the local government unit led by the mayor concerned.