Ressa conviction ‘another nail on coffin of press freedom’ — Zarate 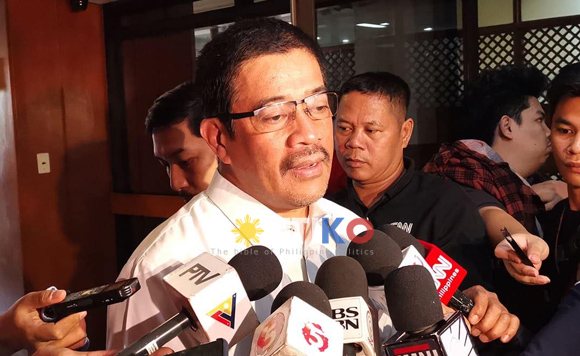 0 36
Share
Want more POLITIKO News? Get the latest newsfeed here. We publish dozens and dozens of politics-only news stories every hour. Click here to get to know more about your politiko - from trivial to crucial. it's our commitment to tell their stories. We follow your favorite POLITIKO like they are rockstars. If you are the politiko, always remember, your side is always our story. Read more. Find out more. Get the latest news here before it spreads on social media. Follow and bookmark this link. https://goo.gl/SvY8Kr

Bayan Muna party-list Rep. Carlos Zarate on Monday said the guilty verdict against Rappler CEO Maria Ressa and researcher Rey Santos Jr. for cyber libel “is a source of serious and grave concerns, especially in the context of the growing attacks now on the basic rights of our peoples.”

“This decision is another nail on the press freedom coffin and is very dangerous not just for journalists but for everybody who uses social media platforms like Facebook, Instagram and Twitter,” the Makabayan leader said.

“This verdict can be used to haul into court and jail anyone who exposes wrongdoing in government,” said the Deputy Minority leader.

“Taken into the context of the ABS-CBN shutdown and the railroading of the New Terror Bill, this can be taken as the tightening of our civil liberties particularly that of press freedom and the freedom of expression,” Zarate said.

“This is an ominous sign of where the Duterte administration is going to bring our country. The people. must fight back,” he added.

“Again, we are calling every freedom-loving Filipino not to take this gradual constriction and curtailment of our freedoms, but, stand up, resist and fight the forces of darkness and repression,” Zarate said.