Francis Zamora to be investigated by PNP for Baguio breach 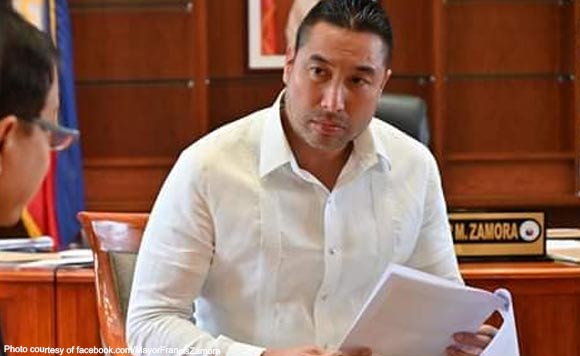 0 16
Share
Want more POLITIKO News? Get the latest newsfeed here. We publish dozens and dozens of politics-only news stories every hour. Click here to get to know more about your politiko - from trivial to crucial. it's our commitment to tell their stories. We follow your favorite POLITIKO like they are rockstars. If you are the politiko, always remember, your side is always our story. Read more. Find out more. Get the latest news here before it spreads on social media. Follow and bookmark this link. https://goo.gl/SvY8Kr

Francis Zamora is not yet off the hook for his Baguio City booboo.

Baguio Mayor Benjamin Magalong may have long accepted the San Juan mayor’s apology, but that isn’t the end of the entire issue which may have put his constituents at risk of contamination.

Magalong said a thorough investigation is coming, because saying sorry does not absolve him that easily.

“Indeed, we have accepted the apologies of Mayor Zamora, no doubt conveyed in sincerity. But in my talk with him, I emphasized that it is to the people of Baguio, not I, who deserve to do that. After all, it is their primordial health and well-being that Mayors like him and I are consecrated to work for in these troubled times,” Magalong said in a statement.

“Complaints have already been lodged and the PNP hierarchy has directed a formal investigation, purposely to determine culpability, based on our complaint! This is due process that we are all duty-bound to abide by, for the process to take its full course. Let them prove their innocence, as they have manifested before us, before the proper judicial or quasi-judicial bodies,” he added.

How will Zamora defend himself and his 30-member entourage who barged into the summer capital?