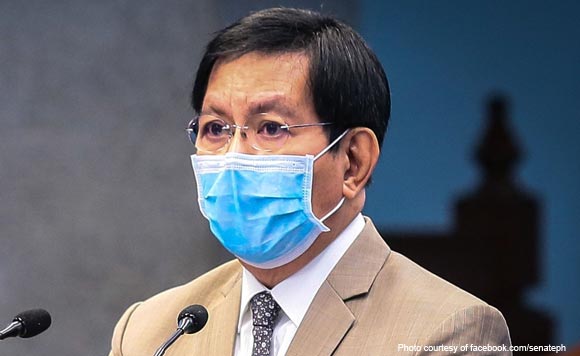 The surrender of New People’s Army rebels has prompted fronts and allies of the communist New People’s Army to level up their disinformation drive against the Anti-Terrorism Act of 2020, Sen. Panfilo Lacson said Sunday.

Lacson cited information from a commander of the Philippine Army indicating NPAs have started surrendering, or are sending surrender feelers.

Because of this, Lacson said he hopes political groups opposing the administration will not fall for the “scare tactics” from groups sympathetic to the CPP/NPA’s “cause.”

“An Army commander reported that in anticipation of the passage of the Anti-Terrorism Bill, the NPAs have started surrendering. 27 in just 2 days in Quezon, Laguna and Mindoro alone. Many more are sending surrender feelers. That is why, he said, their fronts have become busier with their disinformation campaign,” he said on his Twitter account (https://twitter.com/iampinglacson/status/1271941761934389250).

In a statement, Lacson noted there is a pending proscription case against the Communist Party of the Philippines/New People’s Army at the Manila RTC.

The CPP/NPA, along with the Abu Sayyaf, are already designated by the US Secretary of State as Foreign Terrorist Organizations.

A list of foreign terrorist organizations posted on the US State Department website indicates the CPP/NPA was designated as early as Aug. 9, 2002.

On the other hand, the Abu Sayyaf, which was declared a terrorist organization by a Basilan court in 2015, was designated on Oct. 8, 1997.

“As per the Anti-Terrorism Bill, once the United Nations designates the local communist guerrillas as a terrorist organization, the ATC can initiate an administrative action through the Anti-Money Laundering Council to freeze their accounts. These and more could be the reason why there is so much disinformation going on,” Lacson noted.

Meanwhile, Lacson said he hopes political parties opposing the administration will not fall for the “scare tactics” peddled by groups sympathetic to the CPP/NPA’s “cause.”

“I hope the different political parties that are opposed to the current administration will not fall into the ‘scare tactics’ trap laid out and being peddled by groups who are sympathetic to the CPP/NPA’s cause which incidentally has deteriorated to the level of banditry and extortion activities,” he said.