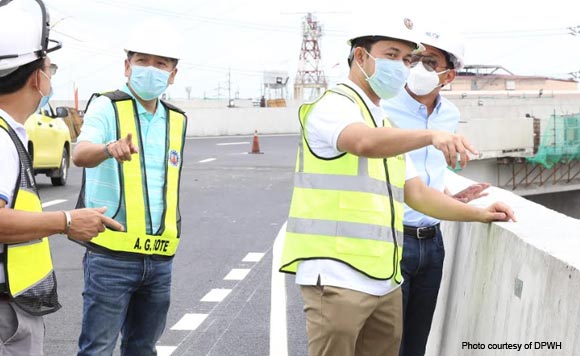 Travel time from Manila to Quezon City is seen to improve with the upcoming opening of the C3-R10 Section of NLEX Harbor Link Segment 10 slated for opening on June 15.

Public Works Secretary Mark Villar, who conducted a final inspection of the C3-R10 Section of NLEX Harbor Link Segment 10, said it will cut travel time from Manila to Quezon City to only 15 to 20 minutes.

Motorists, including truckers or cargo haulers going to and from the port of Manila and NLEX, are expected to benefit from C3-R10 section’s opening as it extends the existing 5.65-kilometer NLEX Harbor Link Segment 10 that passes through Karuhatan, Valenzuela City, Governor Pascual Avenue in Malabon City, and 5th Avenue/C3 Road, Caloocan City bypassing the busy Epifanio delos Santos Avenue (EDSA) and Balintawak Toll Plaza.

Included under the administration’s Build, Build, Build infrastructure program, the NLEX Harbor Link Project was undertaken by Manila North Tollways Corporation (MNTC) with its subsidiary NLEX Corporation as the builder-concessionaire and operator.

No such thing as weekend: Emi Calixto Rubiano continues work…