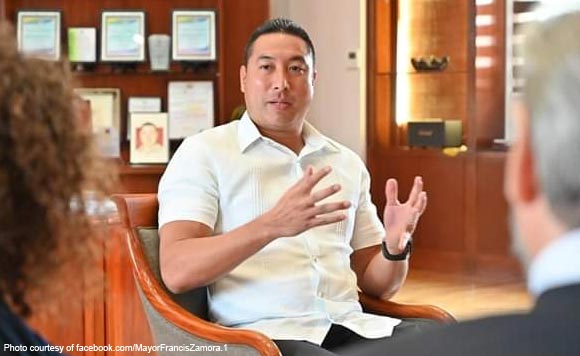 0 40
Share
Want more POLITIKO News? Get the latest newsfeed here. We publish dozens and dozens of politics-only news stories every hour. Click here to get to know more about your politiko - from trivial to crucial. it's our commitment to tell their stories. We follow your favorite POLITIKO like they are rockstars. If you are the politiko, always remember, your side is always our story. Read more. Find out more. Get the latest news here before it spreads on social media. Follow and bookmark this link. https://goo.gl/SvY8Kr

The chaos surrounding Mayor Francis Zamora’s surprise visit to Baguio City with a 30-member entourage breaking entry rules may have been averted if only he was awake.

The San Juan mayor, who is currently under fire and is being petitioned as persona non grata in Baguio, said he has offered his apologies to Mayor Benjie Magalong for the mess involving his convoy that headed straight to the Baguio Country Club and bypassed triage protocols meant to keep the city clear of new COVID-19 cases.

“To his credit, Mayor Zamora took the effort to inform me about this incident and apologized for the serious lapse on the part of his police escorting officer. He profusely expressed deep regrets that while asleep in his car at the time, the PNP escort leading his convoy mindlessly took it on his own to ignore what has long been a standard border protection measure prescribed not only in his but our own city,” Magalong said, well ahead of any explanation offered by Zamora.

With the mayor indisposed at the time, the politikos concluded that the San Juan City-based police officer who was the lead escort of the convoy is to blame, with Magalong saying the man “committed a serious breach of standing quarantine protocols.”

Will this pacify people’s anger towards the mayor?

Charisse Abalos looks so stunning in this glam headshot