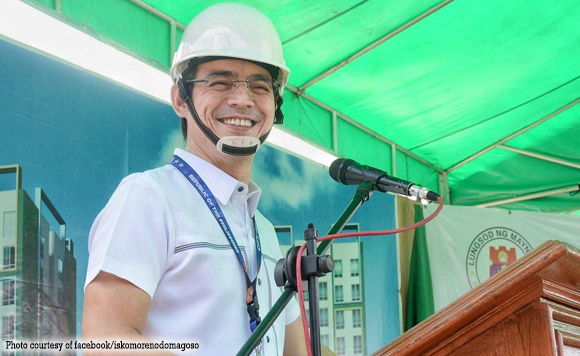 0 54
Share
Want more POLITIKO News? Get the latest newsfeed here. We publish dozens and dozens of politics-only news stories every hour. Click here to get to know more about your politiko - from trivial to crucial. it's our commitment to tell their stories. We follow your favorite POLITIKO like they are rockstars. If you are the politiko, always remember, your side is always our story. Read more. Find out more. Get the latest news here before it spreads on social media. Follow and bookmark this link. https://goo.gl/SvY8Kr

Manila Mayor Isko Moreno considers the “Tondominium” public housing projects rising in Tondo as the fulfillment of a lifelong dream.

In his June 8 column for the Manila Bulletin, Moreno said he does not want poor families in Manila to experience what he went through as someone who grew up in the slums.

“Being a former squatter myself, I know how it is to live in uncertainty, day in, day out, not knowing if your so-called home will still be there at the end of the day, or if you will still be allowed in by your landlord, knowing that you are up to your neck in rent debts,” he said.

Moreno said the “Tondominium” housing projects will allow families in Manila to have their own homes, something he didn’t have when he was younger.

The mayor also explained why the sizes of the units at the “Tondominium” are big at 44-square meters each.

“What I experienced as a poor, young kid is something that I, as much as possible, would not want other youngsters to go through. That’s why while many are asking why the units are way bigger than the usual condo sizes of 30 square meters or less, I tell them it is because I want to demonstrate how to provide honest-to-goodness, liveable, and decent housing,” he said.