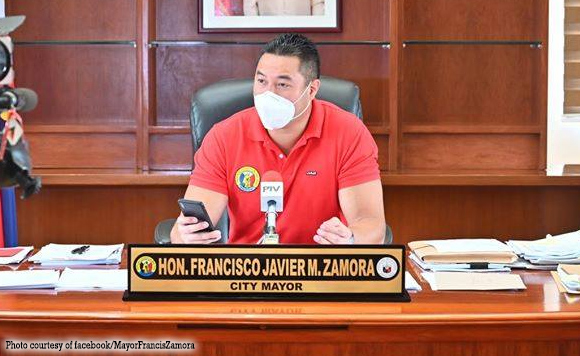 0 36
Share
Want more POLITIKO News? Get the latest newsfeed here. We publish dozens and dozens of politics-only news stories every hour. Click here to get to know more about your politiko - from trivial to crucial. it's our commitment to tell their stories. We follow your favorite POLITIKO like they are rockstars. If you are the politiko, always remember, your side is always our story. Read more. Find out more. Get the latest news here before it spreads on social media. Follow and bookmark this link. https://goo.gl/SvY8Kr

San Juan City Mayor Francis Zamora is trying to gain sympathy for breaking Baguio’s health protocols by citing his wife as the reason why he ignored the checkpoint at Kennon Road.

In a statement Sunday, Zamora claimed there was “miscommunication” when he and his entourage sped past the checkpoint instead of heading to the triage area for a health assessment.

“My wife is a stage 3 breast cancer patient and is still undergoing active treatment. Her doctor advised her to take a very needed rest, which combined with her medical treatment protocols would help her achieve recovery,” the mayor said.

According to a police report, Zamora and his convoy arrived past 2:30 p.m. on June 5. There were six vehicles in total, including a marked police vehicle.

When the police flagged the mayor and his convoy down for inspection, the police car “just slowed down a bit and the driver told the personnel at the checkpoint that ‘’convoy kami, kasama namin lahat yan,’” the police report read.

Despite his arrogance, Zamora claimed he had no intention of breaking Baguio’s health protocols.

“Again, I humbly and most respectfully apologize to Mayor Benjamin Magalong and the people of Baguio City for this incident. There was never any intention not to follow Baguio’s health and security protocols,” he said.