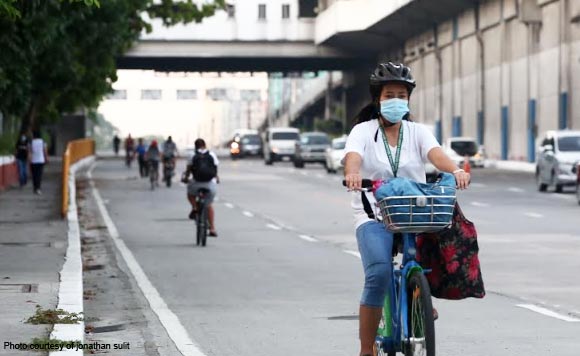 Quezon City Rep. Precious Castelo on Monday called out the Metro Manila Development Authority (MMDA) for ignoring the clamor of bicycle and motorcycle users to designate a lane for them along Edsa.

While adding her voice to the clamor, the Metro Manila lawmaker elevated her appeal for the assignment of a dedicated bike lane to the inter-agency task force (IATF) against Covid-19.

“It is reasonable and justifiable for the IATF to order the designation of a lane for bicycle and motorcycle users along Edsa because there is still limited public transportation due to the general community quarantine (GCQ) in Metro Manila,” Castelo said.

She said bikes and motorbikes are becoming a popular means of going to work areas and the grocery in the metropolis and other urban areas where public transportation remains difficult to access.

Castelo said diverting bike users to side and interior streets is not safe for them and would make them late in arriving at their offices or workplaces.

She added that the designation of a dedicated bike lane on Edsa would only be for the duration of the quarantine.

She pointed out that instead of discouraging the use of bikes, the government should encourage it as it would decongest traffic and lessen pollution.

She said the MMDA would be accused of being anti-poor for adamantly refusing to heed the appeals of bikers for a dedicated lane that is also open for use by other motorists.

At the same time, Castelo reiterated her appeal for the IATF to allow spouses back-riding on motorcycles in Metro Manila, Central Luzon and other areas under GCQ.

“From the point of view of avoiding the virus, it is definitely safer for a spouse to ride with her partner than taking the bus or tricycle to work or to the grocery to buy household essentials,” she said.

“At least, she knows that her spouse is not infected. If he were, she would not ride with him and she would isolate him for her family’s safety. I am sure the IATF and President Duterte would appreciate this,” she said.