Zarate: Are dummy Facebook accounts of activists prelude to crackdown? 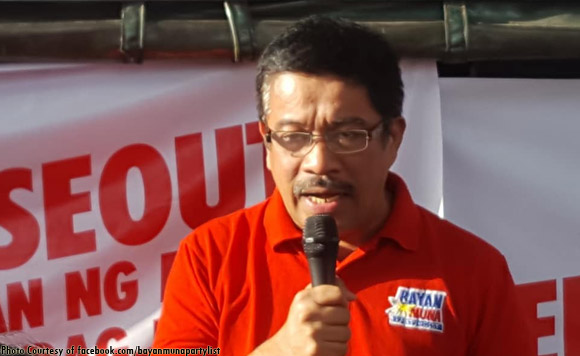 0 71
Share
Want more POLITIKO News? Get the latest newsfeed here. We publish dozens and dozens of politics-only news stories every hour. Click here to get to know more about your politiko - from trivial to crucial. it's our commitment to tell their stories. We follow your favorite POLITIKO like they are rockstars. If you are the politiko, always remember, your side is always our story. Read more. Find out more. Get the latest news here before it spreads on social media. Follow and bookmark this link. https://goo.gl/SvY8Kr

He made the statement amid the proliferation of reports on social media of dummy Facebook accounts being created for several users, including activists and UP students.

“Even activists with no FB accounts now have five or more poser accounts. Are troll farms now harvesting names on online petitions so that their bots would not be detected and then use these fake accounts to spread fake news and get the real name owner into trouble?” asked the Deputy Minority leader.

“This is online tanim ebidensya and identity theft if this persists. If the proposed terror bill is enacted into law, real name owners of these fake accounts can be easily sent to jail for being framed by such means,” Zarate said.

“Are these deliberate manufacture of numerous fake activist poser accounts prelude to a crackdown, especially once the terror bill becomes a law?” he asked.

“This is another reason to junk the terror bill because it would easily haul innocent people to jail being framed by unscrupulous groups and individuals. An investigation should also be done on this matter and Facebook should immediately shutdown these fake accounts,” Zarate said.