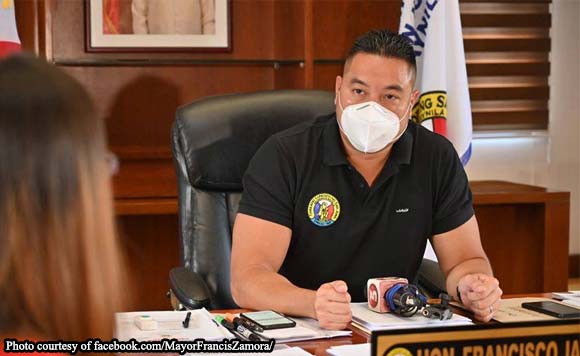 0 39
Share
Want more POLITIKO News? Get the latest newsfeed here. We publish dozens and dozens of politics-only news stories every hour. Click here to get to know more about your politiko - from trivial to crucial. it's our commitment to tell their stories. We follow your favorite POLITIKO like they are rockstars. If you are the politiko, always remember, your side is always our story. Read more. Find out more. Get the latest news here before it spreads on social media. Follow and bookmark this link. https://goo.gl/SvY8Kr

San Juan Mayor Francis Zamora flaunted his disregard for the law when he sped past a checkpoint in Baguio City Friday (June 5) without submitting himself and his companions for an assessment.

According to a police report, Zamora and his convoy arrived past 2:30 p.m. on June 5. There were six vehicles in total, including a marked police vehicle.

When the police flagged the mayor and his convoy down for inspection, the police car “just slowed down a bit and the driver told the personnel at the checkpoint that ‘’convoy kami, kasama namin lahat yan,’” the police report read.

Zamora and his convoy then sped off, without giving policemen at the checkpoint a chance to inform them about the health protocols observed in Baguio.

According to the police, Zamora and his convoy were headed to the Baguio Country Club. At the facility, they were told that they had to pass through the city’s central triage first.

The police said Mayor Benjamin Magalong decided to send medical personnel to BCC instead of having Zamora and his party escorted to the central triage to minimize their movement before they are properly checked.

Zamora was reportedly informed prior to his arrival in Baguio that he and his party would have to undergo assessment at the triage before they are allowed to head to BCC.

The mayor, however, ignored the health protocols imposed by the city government.