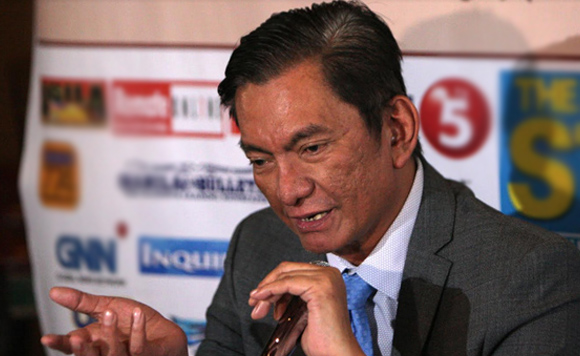 Joining a growing list of lawmakers who have disowned or withdrawn support from the controversial Anti-Terrorism Bill, Albay Rep. Joey Salceda on Friday said he was changing his vote from “yes” to “abstain” due to his reservations about the hill.

In a letter to Secretary General Jose Luis Montales he shared with reporters, the chairman of the House ways and means committee requested that his vote be changed as there was no chance for the chamber to address his concerns about the bill.

“Without a bicameral conference, there will be no opportunity for House members to help address the abovementioned reservations,” he said.

“I thus request the Secretary-General to withdraw the “yes” vote that I was recorded to have made, and register an abstention,” Salceda said.

The move was another bill to the measure that is only one signature away from President Rodrigo Duterte’s signing amid protests in the streets and vigorous opposition on social media.

In his letter, Salceda said: “While, on balance, I see the general wisdom of strengthening our national security protocols, I reiterate in writing the reservations that I have already expressed to some of my colleagues.”

“House Bill 6875 would amend the Human Security Act of 2007, the current Anti-Terrorism Law, to expand the definition of acts of terrorism. This representation voted yes with reservations because while the bill would help law enforcement in prosecuting suspects, some definitions must be tightened to ensure the protection of the rights of the people,” he said.

“Provisions inconsistent with human rights and the 1987 Constitution must also be amended,” Salceda said.

He also criticized some vague sections that might be misinterpreted during implementation.

“Unfortunately, the provisions on ‘threat’ under Section 5, ‘Preparing’ under Section 6, and ‘recruitment to and membership in a terrorist organization’ under Section 10 are vague and could give rise to various interpretations,” he said.

“Second, some provisions must be calibrated as these may affect the right to privacy of individuals, as enunciated by the Supreme Court in the case of Ople vs. Torres, G.R. No. 127685 July 23, 1998,” he added.

“This representation hopes that the pertinent provisions can be refined. While police power is vested in the state, this needs to be implemented within the context of the social contract, where the people reign supreme,” Salceda said.

One of the principal authors of the bill, Muntinlupa Rep. Ruffy Biazon, earlier disowned the measure and voted no, arguing the House should have allowed amendments instead of copying the Senate version in toto.

Deputy Speakers Loren Legarda and Vilma Santos-Recto also denied co-authoring the bill even though they were initially named co-authors in the committee report.