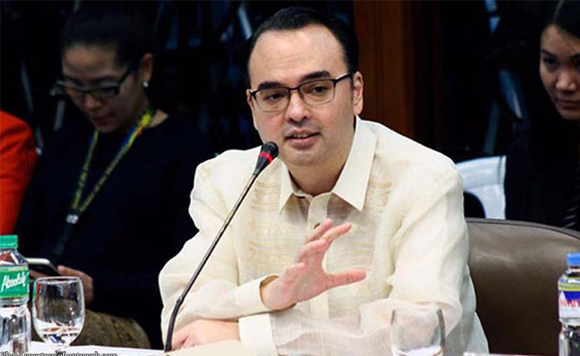 House Speaker Alan Peter Cayetano defended the Anti-Terrorism Bill from criticisms that it will suppress activism and legitimate dissent, saying the activists should not coddle terrorists.

The Taguig lawmaker said he was in full agreement with the idea that activism is not synonymous with terrorism.

“But let me make another thing clear, na tama rin yung mga nag-post nito: that terrorism is not activism. So in the same way that we should not persecute or go after the activists in the guise that they are terrorist. Kayong mga aktibista, do not allow the terrorists hide within your ranks,” Cayetano said.

“Nakita na natin kung anong nangyari sa Marawi. Most of the citizens of Marawi are law-abiding. Many of the people of Marawi were just fighting for the traditional and historic injustices for the discrimination against mga kababayan nating Muslim. Ang problema po, nasingitan ng ilang mga terorista na armas at dahas ang gusto,” he said.

“So dun po sa nagsasabing, ‘Congress please listen,’ we listen po. We invited you sa committee hearings, and we will continue to listen. Even ako po, I will be in my office in Congress kahit walang Special Session. May Zoom meetings kami more than 1 everyday, 2 or 3 depende po sa dami ng mga kausap. We will listen,” Cayetano said.

He also said it was easy to make accusations without actually reading the bill.