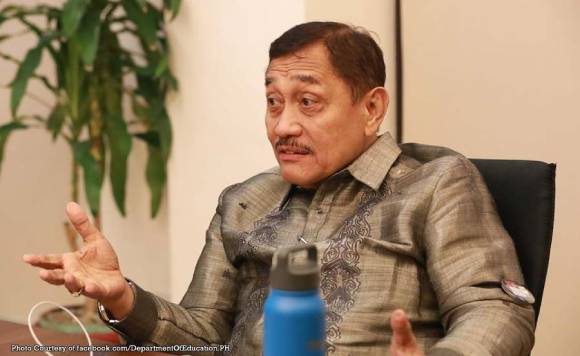 0 34
Share
Want more POLITIKO News? Get the latest newsfeed here. We publish dozens and dozens of politics-only news stories every hour. Click here to get to know more about your politiko - from trivial to crucial. it's our commitment to tell their stories. We follow your favorite POLITIKO like they are rockstars. If you are the politiko, always remember, your side is always our story. Read more. Find out more. Get the latest news here before it spreads on social media. Follow and bookmark this link. https://goo.gl/SvY8Kr

Minority Leader Bienvenido Abante Jr. on Wednesday cast a no vote against House Bill 6875, a measure the lawmaker described as a “carbon copy” of its Senate counterpart.

The bill was approved on third reading in a 173-31 vote on Wednesday night with 29 abstaining.

“The House of Representatives… simply adopted the Senate version of the Anti-Terror Bill and did not even see it fit to deliberate and formulate its own version,” Abante lamented.

Abante raised several issues against the measure, such as Section 29, which would allow the Anti-Terror Council (ATC) to order the arrest of people suspected of committing any of the acts punished by the bill.

“Under our Constitution, warrants of arrest can only be issued by the courts,” he said.

Section 25 of this bill, Abante explained, would also empower the ATC to “designate” people or groups which it deems to be involved in terror acts. Groups or individuals designated would be subject to sanctions by the Anti-Money Laundering Council (AMLC), such as freezing of assets without notice or hearing.

Abante pointed out that under the Constitution, “no person should be deprived of life, liberty or property without due process of law.”

He said another dangerous provision of the measure was Section 9, which introduces a new crime, inciting to terrorism, which is defined as “any person who, without taking any direct part in the commission of terrorism, shall incite others to the execution of any of the acts specified in Section 4 hereof by means of speeches, proclamations, writings, emblems, banners or other 4 representations tending to the same end.”

“Under this bill, anyone suspected of being a terrorist can be detained without a warrant for up to 24 days. Kahit sino sa atin ay maaaring ipa-aresto at makulong ng 24 days ng walang anumang kasong isinasampa sa hukuman,” warned the House leader.