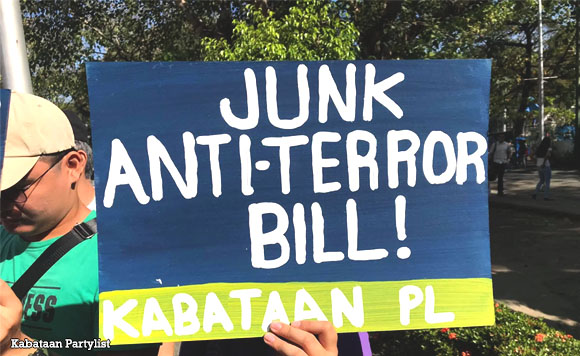 The House of Representatives on Tuesday began plenary debates on House Bill 6875, which would amend the Human Security Act of 2007. The bill was approved by a joint House panel last week.

On Monday, President Rodrigo Duterte certified the bill as urgent, allowing the House to pass it on second and third reading on the same day.

Nograles said the bill only targeted terrorists, not activists.

Human rights advocates expressed fears that the anti-terror bill could be used to attack critics and dissenters by lumping them together with terrorist groups.