Colmenares to Duterte: Stop this obsession with ‘draconian’ anti-terror bill 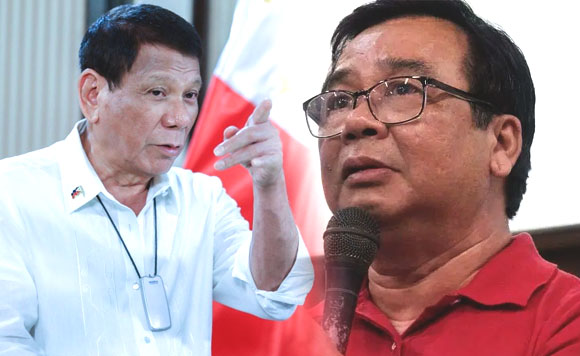 Bayan Muna party-list on Monday assailed President Rodrigo Duterte’s “obsession” with centralizing powers on itself through the passage of a draconian Anti-Terrorism Bill instead of prioritizing its response to the coronavirus pandemic.

“The railroading of Duterte’s subalterns in the House of Representatives of the bill crafting a more draconian anti- terrorism law only shows his obsession to centralize more powers on himself in violation of the Constitution,” the group’s chair, former Rep. Neri Colmenares, said.

He was reacting to Duterte’s decision to certify the Anti-Terrorism Bill as urgent, allowing the House to pass its version, which closely follows the Senate’s, on second and third reading on the same day. The Senate already passed its own version in February.

Colmenares noted that the House joint committees on public order and national security approved a bill that “follows the unconstitutional Senate version that essentially defines terrorism among others under the over-broad Sec. 4 in relation to Section 3 (a) as “any person who causes extensive interference with a critical infrastructure” such as “telecommunication, transportation, radio, television or information systems and technology.”

Ordinary forms of dissent such as those committed by the group Anonymous is now considered a terrorist act and penalized with life imprisonment, he said.

“There are many bills in Congress that congressmen and senators should focus on especially those that effectively respond to the Covid pandemic, but they had to kowtow to Duterte’s need to approve his pet Anti-Terrorism Bill,” he said.

“We call on the House of Representatives to assert its independence as a co-equal branch and disapprove the Anti-Terrorism Bill,” he said.