Mayor Teodoro: All 5k tricycle drivers tested for COVID ahead of GCQ shift 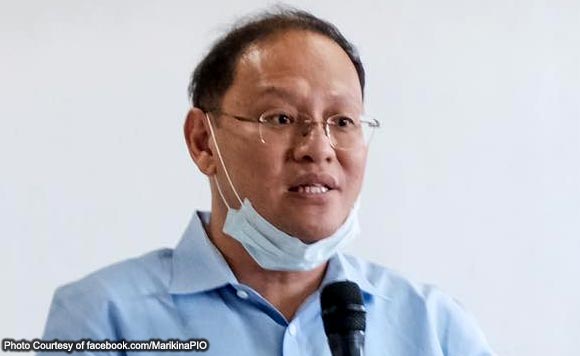 0 114
Share
Want more POLITIKO News? Get the latest newsfeed here. We publish dozens and dozens of politics-only news stories every hour. Click here to get to know more about your politiko - from trivial to crucial. it's our commitment to tell their stories. We follow your favorite POLITIKO like they are rockstars. If you are the politiko, always remember, your side is always our story. Read more. Find out more. Get the latest news here before it spreads on social media. Follow and bookmark this link. https://goo.gl/SvY8Kr

The Marikina City government on Friday said it has completed the mass testing for coronavirus disease 2019 (Covid-19) of over 5,000 tricycle drivers ahead of Metro Manila’s shift to a general community quarantine starting June 1.

Mayor Marcelino Teodoro said only four from a total of 5,465 tricycle drivers who underwent reverse transcription-polymerase chain reaction (RT-PCR) testing were found out to be positive of Covid-19.

As of Wednesday, the city government has also tested 4,312 workers from its local shoe industry and 1,600 workers of factories. Only one worker from the shoe industry tested positive for Covid-19.

“Tuloy-tuloy pa rin tayo ngayon ang pag-te-test sa workers natin sa (We continue to conduct testing on our workers from the) shoe industry. Mga 6,000 tayo (We have about 6,000). Dun sa mga private sector natin (As for those from the private sector), industrial, manufacturing, commercial, mayroon tayong target na (we have a target of) 8,000,” he noted.

Meanwhile, only one from the 951 barangay employees, including barangay tanods (watchmen) and barangay health workers, tested positive for Covid-19.

Teodoro said the mass testing is shouldered by the local government.

He said this is an initiative of the city government of Marikina and shall form part of the health services in the “new normal.”

The real challenge to the local government, he said, is to “balance biosafety concerns and the viability of local economy”.

While noting the importance of mass testing, he said this is not a requirement to return to work but only a strategy of the local government in stopping the spread of Covid-19 in the city.

He added that the things considered crucial right now are tracking down persons with symptoms, identifying their households and tracing people they have been in contact with, and putting them on quarantine.

Workers who would test positive for Covid-19 will be immediately brought to a quarantine facility so that they can be isolated and given supportive treatment.

He said the mass targeted testing will be regularly conducted, adding that the LGU will also do regular random testing by sampling to ensure in the future that their places are still safe. “This is what we call surveillance testing.”

“We should test, treat, and isolate, every case to break the chain of transmissions,” he said.

Despite the city’s transition to GCQ, Teodoro urged residents to continue practicing health protocols like physical distancing, wearing of masks, saying the full cooperation of the public is needed to efficiently and effectively address the problems of Covid-19. (PNA)