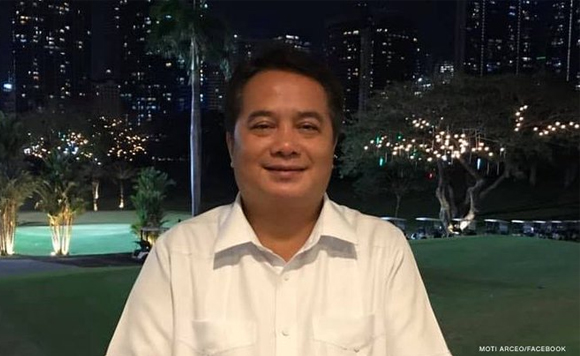 0 58
Share
Want more POLITIKO News? Get the latest newsfeed here. We publish dozens and dozens of politics-only news stories every hour. Click here to get to know more about your politiko - from trivial to crucial. it's our commitment to tell their stories. We follow your favorite POLITIKO like they are rockstars. If you are the politiko, always remember, your side is always our story. Read more. Find out more. Get the latest news here before it spreads on social media. Follow and bookmark this link. https://goo.gl/SvY8Kr

Netizens shamed this politiko from Pasay City who cursed at health workers for using the esteemed Session Hall as their area for rapid tests.

A viral video showed Councilor Arnel “Moti” Arceo shouting at the medical workers for testing city hall employees for COVID-19 inside the session hall. He said no one from the team asked for permission to use that space, but apparently, the city hall’s Human Resources Department already allowed that rapid tests to happen there.

Netizens were far from forgiving.

“He abused his power. Don’t vote on him again,” one Twitter user said.

Remember this man, Councilor Arnel “Moti” Arceo who berated & hurled invectives on “health workers” conducting tests at the Pasay City Hall, pursuant to a
May 18, 2020 “memo” from the City’s HRMOO.

He abused his power.

Don’t vote on him again. pic.twitter.com/n6MTsxl6KB

Has anyone seen gaano i-degrade ni councilor Moti ang mga HCWs who are just doing their job? This is ironically expected from a leader who always bad-mouths whenever he can. Kung ito mai-defend na naman, ewan ko na lang talaga.#liftHCWbanNOW@ChelDioknohttps://t.co/njmSNx6mSX

Others dubbed him arrogant and ignorant.

COVID19-related discrimination vs frontliners right inside the session hall of Pasay’s city council, from an arrogant and ignorant councilor https://t.co/wO2X8zCwB0

A Pasay Councilor: express his regret over his anger to our FRONTLINERS. I dont think he is sorry because he hurt someone, his sorry is to save himself from people’s anger.

Someone went as far as looking into his political and personal background and found some gems about his behavior. Photos on his Facebook showed him flexing ties with high-ranking politikos like Bong Go, Alan Cayetano, and losing vice presidential bet Bongbong Marcos.

Here is the Facebook profile of the Pasay City councilor who is trending after he berated the med techs, who were just following orders to conduct rapid testing in their session hall.