Is Duterte the only one allowed to call critics ‘gago’? — Bayan Muna to police 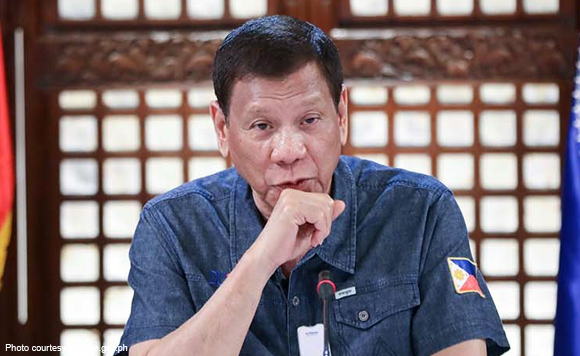 The Makabayan leaders slammed the police for arresting those “who disagree with President Rodrigo Duterte while allowing Duterte and his supporters to vilify dissenters.”

“We condemn in the strongest terms the arrest of salesman Reynaldo Orcullo as well as other netizens critical of President Rodrigo Duterte in the internet,” Colmenares said.

“This is an attack on the constitutional right to freedom of expression especially when Duterte and his supporters remain untouched by state security forces for serious attacks against perceived opponents and dissenters,” he said.

“Worse, it was illegal because the salesman was arrested without a warrant as required by Section 2, Article III of the Constitution. Under the law, the police should have asked for a warrant from the courts, instead of immediately arresting him, which makes them accountable for illegal arrest under the Revised Penal Code,” said Colmenares

“On June 26, 2019 Pres. Duterte in his speech during the 122nd anniversary of Presidential Security Group (PSG) called former SC Justice Antonio Carpio ‘stupid’. Why would the police arrest Orcullo for a supposed crime which Duterte himself has committed?” he said.

“This smacks of harassment as well as discrimination against the poor and defenseless and protecting the rich and powerful like Duterte,” Colmenares said.

Zarate, on the other hand, called on the victims unjustly arrested to file before the Ombudsman or courts counter charges against the police who arrested them merely for criticizing the government.

“Those unjustly arrested for merely criticizing Pres. Duterte can file a case for illegal arrest as well as counter charges against the police in the Ombudsman or in ordinary courts,” he said.

unjustly arrested and those who wish to file counter charges against those who abuse their power,” Zarate said.

“This is not the kind of intolerant society which we wish our children to live in. So this Online Tokhang should be stopped,” he said.