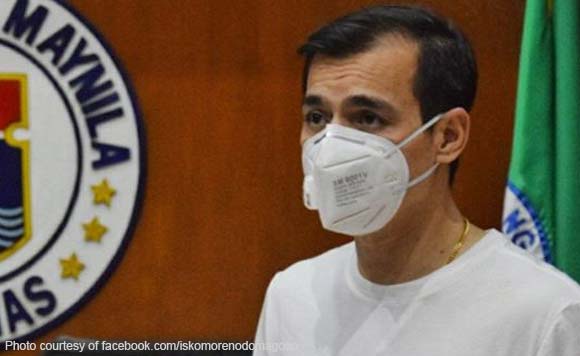 Manila Mayor Francisco “Isko” Moreno Domagoso on Monday said he is leaning towards a general community quarantine (GCQ) as he stressed that government resources were now depleting.

He said the city government of Manila has already spent around P2 billion in food and relief packs alone and that if the distribution of the social amelioration program continues, the government will not be able to give anything anymore.

“I want to normalize, honestly. I tend to GCQ. Buhay and kabuhayan (life and livelihood) come together. We cannot just address Covid-19 alone as a government without resources, because existing resources are depleting already,” he said in an online presser.

He also believes that businesses should now be reopened or else people will lose their jobs.

“The more we prolong the enhanced community quarantine, companies will close, jobs will be lost. These are undeniable facts because companies cannot afford to exist without income, without production,” he added.

He called on Manilenyos to continue to follow preventive measures such as washing of hands, wearing face masks, physical and social distancing, and avoiding unnecessary mingling.

Domagoso believes that fighting the pandemic will boil down to the habit and behavior of the people.

He also expressed fear that people are forgetting that the real problem is the pandemic, but people only think about the government assistance being given to them.

The city government of Manila has ramped up its mass testing using the Rapid Testing Kits or RTK and the swabbing method.

Quarantine facilities (QFs) are also being prepared, aimed at providing a 500-bed capacity.

More than 2,000 individuals are being tested per day in Manila and that eventually, if lifted to GCQ, Domagoso said companies will also be given free assistance by testing their employees.

He also bared that they are launching a new technology that will identify people infected with the virus within a 300-meter radius environment, real-time.

“Basically we are ready. Sapat ba kami? That remains to be seen. Ayoko pangunahan, but prepared ba kami? We are preparing,” he said. (PNA)