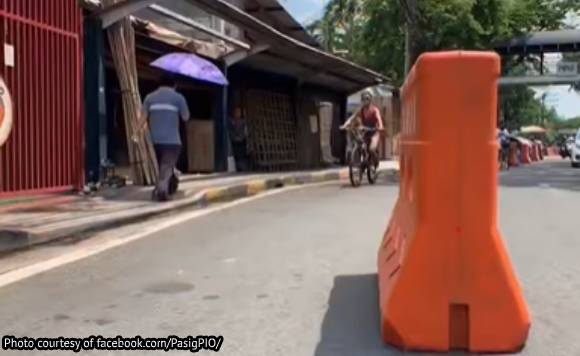 The local government of Pasig is now working on the additional pop-up bike lanes and sidewalk extensions within the city.

Earlier, the local transport department declared “biking” as an essential mode of transportation in the city during the implementation of the enhanced community quarantine (ECQ), under Executive Order PCG-18, series of 2020, and Sangguniang Panlungsod Resolution No. 59, series of 2020, which was signed on March 25.

Under the local order, bicycle repair shops and other bicycle businesses were also allowed to operate during the ECQ.

Among the key provisions are opening of bicycle shops, provision of accessible pedestrian infrastructure as well as repair, rehab, and upgrade of the bicycle infrastructure.

“Businesses in the city which are primarily engaged in the repair and maintenance of bicycles including vulcanizing as well as the sale of essential bicycle parts and accessories shall be classified as an essential business and shall be allowed to operate,” the statement reads.

“The city department has also been directed to evaluate areas of major pedestrian traffic and public transportation interchange to ensure that walking is a viable means of transportation in the city,” the statement added.

The local government also improved its free ride services for essential front-liners and health workers residing within the city.