Jinggoy’s son on ABS-CBN: ‘This network reports so much sh*t about our family’ 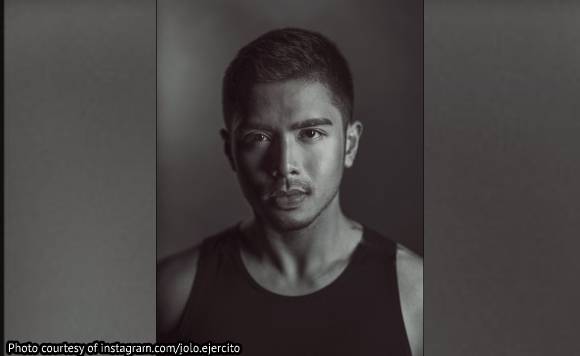 0 45
Share
Want more POLITIKO News? Get the latest newsfeed here. We publish dozens and dozens of politics-only news stories every hour. Click here to get to know more about your politiko - from trivial to crucial. it's our commitment to tell their stories. We follow your favorite POLITIKO like they are rockstars. If you are the politiko, always remember, your side is always our story. Read more. Find out more. Get the latest news here before it spreads on social media. Follow and bookmark this link. https://goo.gl/SvY8Kr

Netizens have been almost crucifying Jolo Ejercito, son of ex-senator Jinggoy Estrada, over a leaked Instagram story baring his thoughts about ABS-CBN’s shutdown.

The teen son, who earlier exposed the luxurious life he’s been living – hotel suites, Louis Vuitton loafers, flying coach – again made waves on social media as he reacted on the network’s closure. While he stopped short of saying that ABS-CBN deserved it, the young Estrada scion said the network had been so guilty of painting their family in such bad light.

“I mean, I feel for all the 11,000 who lost their jobs. But this network reports so much sh*t about out family which aren’t even true. So this,” read the leaked Instagram story, which was supposed to for “close friends” only but made it to public Twitter anyone.

Someone from his close circles might have been pissed with his remarks to leak it. Netizens said this only proves that the apple doesn’t fall far from the tree.

The whole world revolves around you, noh?

So it’s ok to unjustly treat ABS and for 11k to lose their jobs bec. their egos were hurt? And seriously, not true abt their family? We’ve had enough of their families’ drama and those were untrue? Their manipulation, lies, robbery and greed? Lahat yun fake news? Aysus!

Yep, pretty on-brand for the Estradas.

“sO muCh sHiT abOuT OuR fAmiLy” pic.twitter.com/2sBcxRgz1b

Others think he’s just been spared from the real story of their family and their wealth.

Not easy to accept that one’s family could really be rotten.

not the network’s fault.. your family is really known for robbing the filipino people.. stop playing victim.. you’re just like your dad..duh.????

ABS-CBN isn’t to blame for his family’s own shittiness.

Wasn’t he the offspring who got attacked for flexing the lavish lifestyle of his family, along with his ex-boyfriend (?), on social media – devoid of remorse for the betrayal/corruption his grandfather did to our country?

Charisse Abalos looks so stunning in this glam headshot