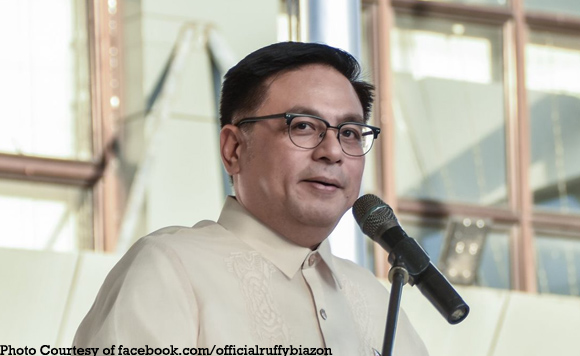 0 20
Share
Want more POLITIKO News? Get the latest newsfeed here. We publish dozens and dozens of politics-only news stories every hour. Click here to get to know more about your politiko - from trivial to crucial. it's our commitment to tell their stories. We follow your favorite POLITIKO like they are rockstars. If you are the politiko, always remember, your side is always our story. Read more. Find out more. Get the latest news here before it spreads on social media. Follow and bookmark this link. https://goo.gl/SvY8Kr

Policemen would not be so emboldened to break protocol and turn aggressive towards offenders if they knew they are being watched.

Muntinlupa Rep. Ruffy Biazon batted for his ages-old proposal for cops to carry body cameras on their chests, which has been revived after cringeworthy videos of an officer apprehending what looked like a rude and drunk Spanish national Javier Salvador Parra at his driveway inside the posh Dasmarinas Village in Makati.

“We really should mandate bodycameras for law enforcers,” the politiko said, adding a tip that people should watch two viral videos of the incident.

The Big Brother-like approach would have served as protection for both parties, especially the cop as the foreigner was first to come to the media and release his wife’s footage of the incident.

It seemed though that Biazon is taking the cop’s side here.

“He (Parra) should have listened to his wife… instead, he kept shoving her aside and even tells her “get out of here!” Red flag there,” he said.

We really should mandate bodycameras for law enforcers.

Just saw a video taken before the attempted arrest. The two videos provide context of the entire incident. Watch both, not just one. Nevertheless, authorities should take action to ease tension out there in the field.

He should have listened to his wife…instead, he kept shoving her aside and even tells her “get out of here!” Red flag there.

Menchie Abalos thrilled to have another apo