MMDA says no exemption to ‘no backride’ policy: Kahit frontliner! 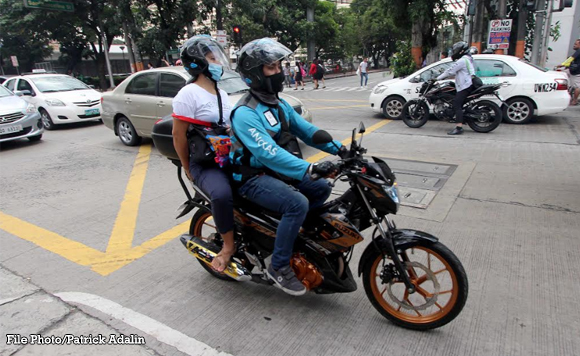 The Metro Manila Development Authority (MMDA) on Monday reiterated the strict enforcement of the “no backride” policy as it suspended enforcers for violating the rule amid the enhanced community quarantine (ECQ).

In a statement, the MMDA said viral photos and videos showed two enforcers riding on the same motorcycle and another officer riding his MMDA-issued motorcycle with a civilian passenger.

Another MMDA traffic enforcer, identified as Henry Closa, was also seen riding a motorcycle with a passenger on January 29.

Closa was not suspended after learning that he brought his civilian backrider, Eric Garcia, to the hospital due to hyperacidity. However, the enforcer was issued citation ticket for not giving his passenger a helmet.

The suspension of the MMDA personnel came after motorcycle rider Michael Villanueva claimed in his viral Facebook post he was flagged down by an MMDA enforcer for travelling with his sister-in-law who is a nurse.

The MMDA, in a statement, said Villanueva was issued a citation ticket with a PHP5,000 fine since it was his second violation. It also denied that the enforcer allowed Villanueva to continue his journey with his health worker passenger.

The MMDA said investigation is still ongoing and the apprehending officer will be suspended if found to have violated the policy. – PNA