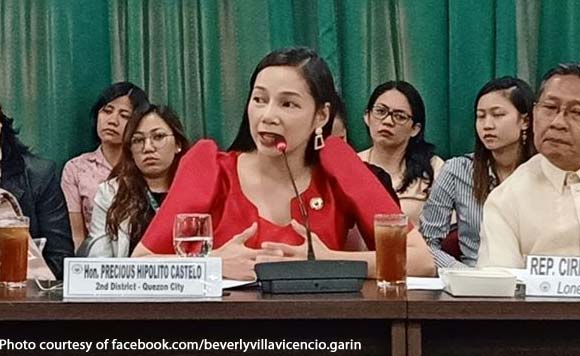 Quezon City Rep. Precious Castelo is urging the Supreme Court (SC) and the Department of Justice (DOJ) to have low-risk and vulnerable detainees tested for COVID-19 before they are released.

Castelo made the appeal in the wake of reports that the SC is allowing the release of certain offenders, including those whose period of detention is equal to or has exceeded the prison term they would serve if they were convicted.

She said the SC and the DOJ could request the Department of Health to do the test.

“The government should determine if the prisoners to be released are coronavirus carriers or not. If they are and are sent home, they can spread the virus to their families and the community,” she said.

Contact tracing should also be done to identify persons the detainees have interacted with so they could be quarantined, Castelo said.

Castelo said she is supporting the recommendation of the House committee on justice to give temporary freedom to low-risk and vulnerable prisoners provided measures are taken so they won’t spread the virus if they have it.