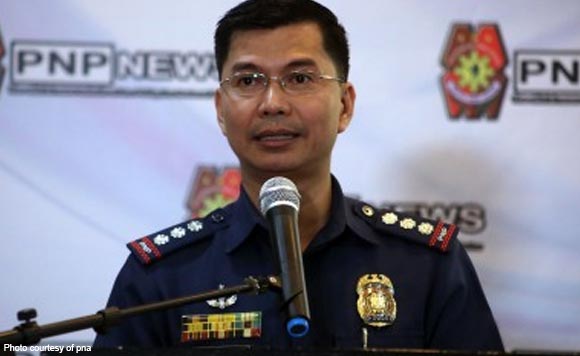 The Philippine National Police (PNP) has ordered a probe on the shooting incident which led to the death of a former Philippine Army (PA) troop near a quarantine checkpoint in Quezon City.

PNP spokesperson, Brig. Gen. Bernard Banac, said the QCPD’s Criminal Investigation and Detection Unit was directed to determine the circumstances on the shooting that resulted in the death of 34-year-old Winston Ragos, who allegedly tried to draw a gun on M/Sgt. Daniel Florendo on Tuesday afternoon.

Banac said that if the viral video clips of the incident were the sole basis for investigation, it showed that the victim had also repeatedly defied verbal commands given by authorities to yield and made “provocative and threatening moves, as well as the use of firearms and application of deadly force”.

“Much as we do not want to hastily pass judgment and allow investigators the freehand to look into all angles of this case, we can only presume regularity in the actions of the PNP personnel involved while performing their duty on that fateful day,” Banac said.

He said Florendo was in the best position to make such judgment call, “better than any observer, viewer and opinionated analyst with 20/20 hindsight”.

“Had he erred in his judgment, he could possibly be the cadaver in the body bag instead. If that happened then he would have failed in performing his duty to enforce the law,” he said.

Banac, however, said the investigation will not be limited to scenes that were captured in the video clips only, and all angles will be looked into and corroborated by conclusive forensic evidence.

“Because firearms were involved in this case, all guns, ammunition, accessories, fired cartridge cases and recovered bullets will be subject to ballistics examination as a standard procedure, including the handgun and ammunition recovered from the slain suspect for possible comparison with ballistics information of gun-related crime in our database,” he added.

Banac also urged the public to refrain from mishandling video evidence, saying that these video materials are crucial in getting leads on the investigation.

“These same video clips may also generate varied speculations and adverse opinion that may unduly affect or even muddle the ongoing formal investigation. We would rather (decide) that police investigators shall have access to all these pieces of evidence for a more comprehensive probe,” Banac said

QCPD director, Brig. Gen. Ronnie Montejo said Florendo, who is assigned at the Fairview Police Station will face criminal and administrative investigation as he voluntarily surrendered himself and his service firearm used in the shooting incident.

Montejo said an ongoing investigation is now being conducted by the CIDU and the District Internal Affairs Service on the shooting incident.

At around 2:30 p.m. on Tuesday, Florendo and four police trainees from the PNP Highway Patrol Group were manning a quarantine control point along Maligaya Drive, Barangay Pasong Putik when Ragos approached the police trainees and started shouting and uttering intimidating words.

He was asked by the police to go home and stay inside as he was violating the ECQ but he ignored the authorities and identified himself as a former soldier.

Upon learning that Ragos was carrying a .38 caliber revolver loaded with ammunition inside his sling bag, Florendo drew his firearm and cautiously approached him.

The police officers ordered Ragos to yield peacefully, but instead of heeding to a lawful order, he allegedly attempted to pull out his handgun, prompting Florendo to disable Ragos who was rushed to Commonwealth Hospital but was declared dead at 5:57 p.m. of the same date by Dr. Noli Rifareal.