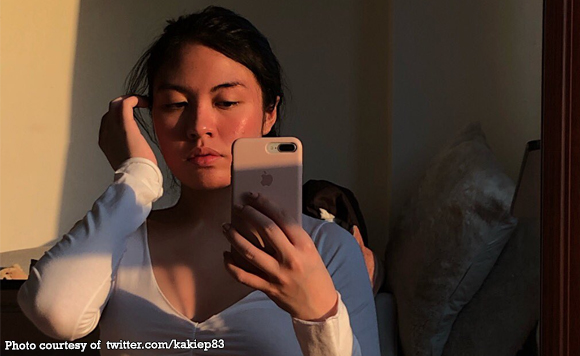 Frankie Pangilinan is proving she’s not merely a keyboard warrior when it comes to standing up for human rights and her political views.

The daughter of Senator Francis Pangilinan and Sharon Cuneta on Friday (April 3) offered to pay the bail of one of the 21 residents of Sitio San Roque, Quezon City who was detained for staging a protest along EDSA this week.

She made the offer in response to a tweet by Bagong Alyansang Makabayan (Bayan) Secretary General Renato Reyes, who said the 21 residents are facing multiple charges and need to post bail of P15,000 each.

“I’ll sponsor one, please give details,” Pangilinan replied to Reyes.

She said her parents would also like to pay the bail of the remaining 20 residents.

The Quezon City police arrested the residents on Wednesday (April 1) after they staged a protest at EDSA to demand for food. They claimed they have not yet received assistance from the local government three weeks since the Luzon-wide enhanced community quarantine was declared.

i’ll sponsor one. please give the details. https://t.co/R5C8Uqzqzo