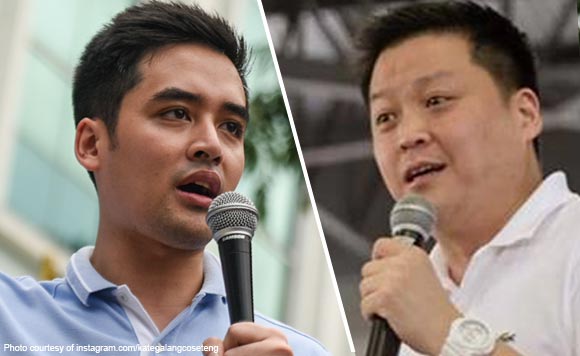 Their brotherhood as politikos is admirable.

Valenzuela Mayor Rex Gatchalian proudly shared on Twitter how his city copied the style of Pasig Mayor Vico Sotto of rolling out mobile palengke units in an attempt to limit crowds and contact among shoppers.

@VicoSotto we’re rolling it out na. Thanks for your idea!!! We tweaked it a little lang just to adjust to our terrain na small roads…but the over all concept is the same…thanks for your concept!!! pic.twitter.com/8yodQyFxNO

Sotto was more than happy to see their idea being useful somewhere else, even telling Gatchalian that it was a huge morale booster for the team who came up with the idea.”We continue to copy a number of your best practices as well. Pati yung sa distribusyon ng goods, natututo kami sa inyo. #KopyahanNaTo!,” he added.

Solid ‘to! I will show the team who designed ours.. it will be a big morale booster for them!!

Netizens loved the collaboration, saying these were signs of a good leader.

Para saking Mayor Rex and Mayor Vico, what you are doing is a very good sign of being a good leader… No politics involved… Both of you are only thinking of ways to improve the lives of the people on your repective cities… Maraming salamat po sa inyo!

When I started out as Mayor in 2004, I spent 2 weeks in Marikina studying their best practices. Back then, Marikina was under Mayor Bayani Fernando. I virtually copied everything I saw in Marikina. Pati office design nila, kinopya ko.

How can students practice proper handwashing without soap…

Sarap buhay? This is what Ruffy Biazon appreciates in…