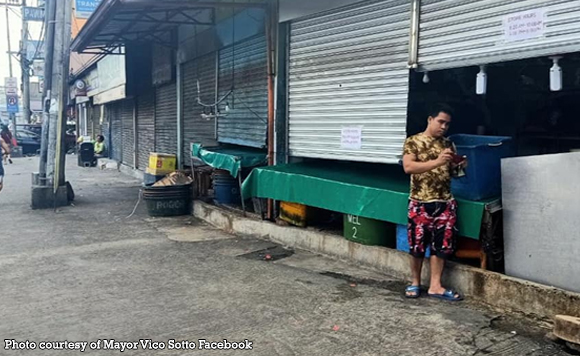 Some hardcore Vico Sotto fans did not take a tweet from The Philippine Star lightly.

It all started with a straightforward tweet that showed photos of a crowded public market in Pasig City.

LOOK: Residents seem to neglect social distancing measures as they shop in a market in Brgy. Rosario in Pasig City on Saturday. pic.twitter.com/0LBJ8zbzGr

Others took it as an opportunity to point out that the Pasig mayor wasn’t perfect, but more people took offense and saw it as bullying the charming politiko.

Nice to know @VicoSotto is doing a great job [sarcasm]. 🙄

Others took it as a demolition job against Sotto.

Here’s where it got tricky: netizens traced the imagined vile of the tweet to the Belmontes, who own the Star, and claimed it was deliberately done to make the embattled Quezon City mayor look a little better.

this is new,,, a news on criticizing Pasig ?? bc Vico is receiving compliments for doing his job while she’s bashed for being incompetent at the same time,, kasi naman who owns PhilStar oops belmontes ang pagkakaalam q di ba char hula ko lang https://t.co/g3BJ0BeqRb

“The Philippine Star was founded by Betty Go-Belmonte. Its President is currently Miguel Belmonte. The Belmonte family has a 21% ownership in the newspaper. It gives me great Joy to believe that it is NOT a coincidence,” one said.

The Philippine Star was founded by Betty Go-Belmonte. Its President is currently Miguel Belmonte. The Belmonte family has a 21% ownership in the newspaper.

It gives me great Joy to believe that it is NOT a coincidence. https://t.co/C3sbVPblJG

How can students practice proper handwashing without soap…

Sarap buhay? This is what Ruffy Biazon appreciates in…