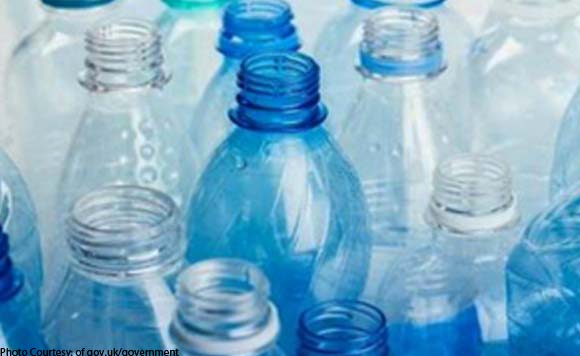 0 364
Share
Want more POLITIKO News? Get the latest newsfeed here. We publish dozens and dozens of politics-only news stories every hour. Click here to get to know more about your politiko - from trivial to crucial. it's our commitment to tell their stories. We follow your favorite POLITIKO like they are rockstars. If you are the politiko, always remember, your side is always our story. Read more. Find out more. Get the latest news here before it spreads on social media. Follow and bookmark this link. https://goo.gl/SvY8Kr

The Quezon City government has given restaurants and hotels until July 1 this year to fully comply with the ordinance banning single-use plastics and disposable materials for dine-in purposes.

The Environmental Protection and Waste Management Department (EPWMD) headed by Andrea Villaroman recommended that the implementation of Ordinance No. SP-2876, S-2019 from Feb. 15 due to “needed logistical adjustments” on the part of stakeholders.

Villaroman’s team held a series of dialogues with stakeholders, including restaurants, fastfood chains and hotels before coming up with their recommendation.

During the talks, the stakeholders expressed their commitment to abide by the ordinance, but they raised several concerns in terms of food safety and hygiene, logistical concerns and requirements and other issues regarding hotel and restaurant operations.

The EPWMD recommended the deferment of the ordinance’s implementation, provided that businesses submit a transition plan withinn 30 days from Feb. 15, which includes the introduction of recovery and recycling mechanisms for single-use plastics/disposable materials.

The transition plan should also cover the hotel and restaurants’ amenities indicating the hotel’s and restaurant’s timeline for procurement and attaching the industry standards and hotel/restaurant international regulations as justification for the amenities without alternatives due to sanitation concerns.

Introduced by District I Councilor Dorothy Delarmente and co-introduced by 35 other councilors from the city’s six districts, Ordinance No. 2876 prohibits the distribution and/or use of single-use plastics/disposable materials, including cutlery for dine-in purposes, in all hotels and restaurants in Quezon City.

The ban covers the use of throw-away plates, spoons, forks, cups and other plastic and paper disposables.