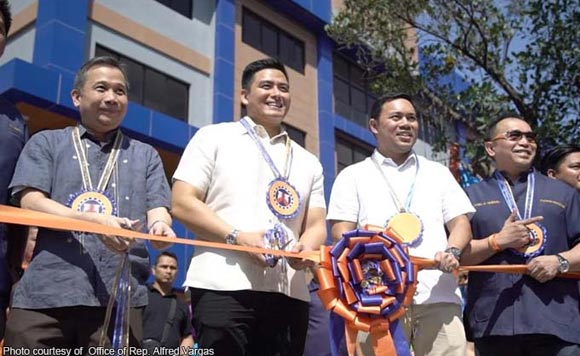 0 269
Share
Want more POLITIKO News? Get the latest newsfeed here. We publish dozens and dozens of politics-only news stories every hour. Click here to get to know more about your politiko - from trivial to crucial. it's our commitment to tell their stories. We follow your favorite POLITIKO like they are rockstars. If you are the politiko, always remember, your side is always our story. Read more. Find out more. Get the latest news here before it spreads on social media. Follow and bookmark this link. https://goo.gl/SvY8Kr

Rep. Alfred Vargas recently inaugurated the evacuation center, which can accommodate over 150 families.

In his speech, Vargas said the center is a statement of assurance from the national and local governments that they will always uphold and protect the dignity of Filipinos especially in times of calamity.