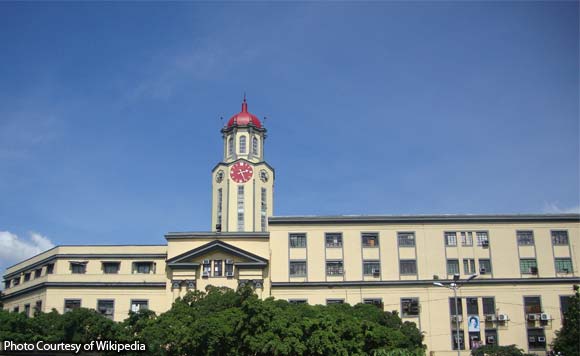 0 966
Share
Want more POLITIKO News? Get the latest newsfeed here. We publish dozens and dozens of politics-only news stories every hour. Click here to get to know more about your politiko - from trivial to crucial. it's our commitment to tell their stories. We follow your favorite POLITIKO like they are rockstars. If you are the politiko, always remember, your side is always our story. Read more. Find out more. Get the latest news here before it spreads on social media. Follow and bookmark this link. https://goo.gl/SvY8Kr

Are you ready for some tea?

Mayor Isko Moreno thought he was doing members of the LGBT community a favor when he announced that the city’s Tourism office will host a Manila Summer Pride event on April 19. But to his shock, many learned members of the sector were offended by how the Pride event was being handled.

“It is organized by the city tourism office. It diminishes the nature of Pride as a protest by turning it into a mere celebration,” wrote Jeff Crisostomo. ”Instead of having the tourism office spearhead it, they could tap their Gender and Development Office in order to support the LGBTQ+ organizations. Pride, historically, has never been a government project. It will always belong to the people—LGBTQ+ and allies.”

[THREAD] WHAT IS WRONG WITH THE MANILA PRIDE EVENT? + WHAT SHOULD BE DONE TO MAKE IT RIGHT?

1. It is organized by the city tourism office. It diminishes the nature of Pride as a protest by turning it into a mere celebration.

While it’s great that a local government unit wants to hold a Pride event, it would be better if they gathered LGBTQ+ organizations from Manila and provided them with the means to stage Pride as a collective.

The gov’ts of Marikina and QC have always been supportive of Pride marches, but they never organized them by themselves. What we need from local governments isn’t an event, but a commitment to protect all persons regardless of SOGIE against discrimination in their jurisdictions.

2. Mayor Isko Moreno recently said some really transphobic statements. It would be hard to see the sincerity of a local government-led Pride event with a local chief executive who has express views against our trans sisters and brothers.

However, if Manila does push through with their Pride event, I hope that they are really able to involve Manileño LGBTQ+ groups so that it will be really about them and not about any public official.

Another said that Moreno was not qualified to celebrate gender equality given his “transphobic” statements from awhile back.

1. did you consult the community + organizers of Pride in metro manila tho?

2. It’s not comforting that a public figure who said something TRANSPHOBIC publicly would lead a PRIDE march, albeit a ~mardi gras~ type one@ManilaPIO pic.twitter.com/XWE1MaSGA5

manila city govt using the Pride PROTEST as a marketing/tourism strategy. how can you even celebrate pride in a city which can’t provide anti-discrimination ordinance and safe spaces for the lgbtq+ community. all they did was a rainbow pedestrian lane na btw ay kupas na

Manila Pride is beginning to look like the perfect venue for those who only go to the Pride March for selfies and have no interest in protesting or politics. Yorme just turned out to be transphobic. They don’t KNOW us. But they want our money. Pls be vigilant. #PrideIsPolitical

Others said they could always “hijack the parade” and make it their own, even if the event is controlled by the city.

As much as I hate the isk/o mor/eno-led Manila Summer Pride eme, i think one thing we can actually do is to hijack the event, own the parade, and use it as a platform to amplify our demands.

After all, that’s the way pride parades should be done. #FightBack

For them, a much better way to support the LGBTs is to pass an Anti-Discrimination Ordinance in the city.

Gian Sotto gets a lesson from QC’s combat sports…